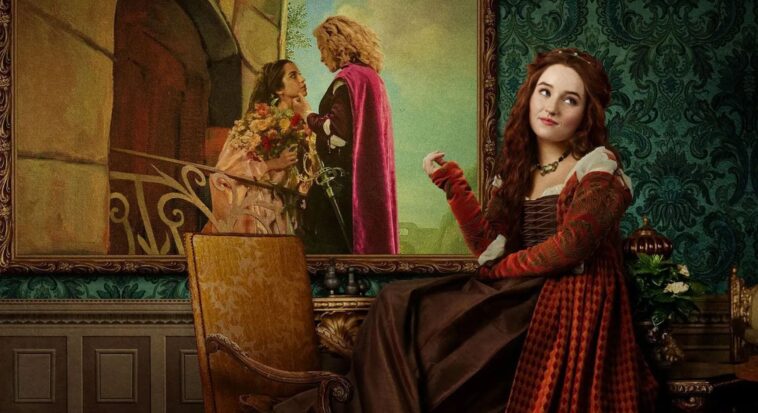 Putting a fresh and comical twist on the classic love story Romeo and Juliet, Rosaline is an upcoming romantic comedy based on the 2012 novel When You Were Mine by Rebecca Serle. It tells the story of the heartbreaking Shakespearean tale from the point-of-view of Rosaline – a jilted young woman who Romeo abandoned in favor of her cousin, Juliet.

Rosaline will premiere on Hulu on October 14, 2022. It has been directed by Karen Maine, while Scott Neustadter and Michael H. Weber have written the screenplay. The movie features the acting talents of Kaitlyn Dever, Isabela Merced, Kyle Allen, Bradley Whitford, and Minnie Driver. Here is everything you need to know about watching Rosaline from Canada.

Where to watch Rosaline in Canada?

The story of Romeo and Juliet is considered to be one of the most popular love story in the world and Rosaline is connected to it. If you are in the United States and wish to watch Rosaline (2022) then head over to Hulu.

If you reside in Canada and want to watch the upcoming tv show online, you will need a VPN to unblock Hulu from Canada and stream the show.

How to watch Rosaline from Canada on Hulu

Before Juliet, it was Rosaline ruling Romeo’s heart. The character is underrated in the novel and even in the movie. Rosaline is an upcoming tv show heading to Hulu in the US. If you reside in Canada and wish to watch it, then get a workable VPN to stream it.

The trailer of Rosaline dropped on the official YouTube channel of Hulu and 20th Century Studio and has managed to gain over one million views cumulatively.

Rosaline thinks she has it all – riches, beauty, and, most importantly, a future with Romeo. However, things take a turn for the worse when her cousin Juliet moves back to town, and the next thing she knows, Romeo is leaving Rosaline to pursue a new love interest.

A Modern Retelling of a Classic Tale

Rosaline may have been one of the lesser-known characters from the 1597 story, but she certainly went through a lot. In the original tale, Romeo attends the ball at the infamous Capulet House to seek out Rosaline, a  young woman he claims to be infatuated with and wants to court, even though she keeps rejecting him. He sees Juliet for the first time at this ball, which starts their legendary love story.

However, Rosaline takes a slightly different route in terms of the backstory. Since it serves as a modern retelling of the greatest romance of all times, it shows that the titular character and Romeo were indeed in a relationship before Juliet waltzed into their lives.

Schemes to Foil the Forbidden Affair

The jilted ex-lover sets out on a mission to break up Romeo and Juliet so she can get back with her man. Her plans range from ambitious to optimistic, and her mind churns new tricks to cause mayhem in the lives of the two people. She even secretly watches them professing their undying love to each other.

A Change of Heart

After Rosaline realizes how Romeo and Juliet may just be perfect for each other, she starts working to keep them together. The young woman even goes against their parent’s wishes to ensure the couple doesn’t have to part.

Rosaline is set to premiere on October 14th, 2022, on Hulu in the United States. The reviews for the show are unavailable, but the show has a popularity score of 671 on IMDb.

Here is the list of actors you will see in Rosaline:

Hulu is the best American streaming service, hands down. Here is a list of movies and tv shows you should check out on Hulu:

If you are a fan of the classic Shakespearian love story or enjoy rom-coms, you should add Rosaline to your list of movies to watch this October on Hulu. Watch Rosaline from Canada on Hulu with ExpressVPN.

We have tested ExpressVPN with Hulu, HBO Max, Hotstar, etc, and it worked flawlessly. Therefore we recommend it to all our readers.