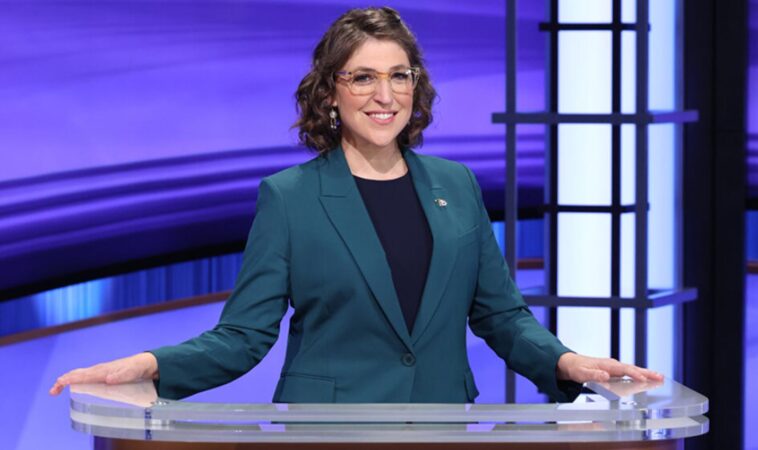 Celebrity Jeopardy! is a spin-off of the popular game show Jeopardy!, where contestants have to guess the correct answers to trivia questions to win cash prizes. However, unlike the original series, the upcoming reality television contest will feature celebrities competing against each other to win cash for the charity of their choice.

Not to be confused with the hilarious Saturday Night Live skit, the prime-time show will be hosted by The Big Bang Theory alum Mayim Bialik. It will premiere on ABC on September 25, 2022. Moreover, Celebrity Jeopardy! is produced by Sarah Foss, with Michael Davies serving as its executive producer.

How to watch Celebrity Jeopardy in Canada| On Hulu

Where to watch Celebrity Jeopardy for Free in Canada?

Want to watch Celebrity Jeopardy Season 1 for free in Canada? You can stream it on ABC’s websites with ExpressVPN. A VPN is required because abc.com can only be accessible from the US. Follow these steps for more clarity:

Note: Celebrity Jeopardy is not completely availabe on ABC. However, you can stream some episodes for free.

ABC released an official promo for Celebrity Jeopardy! in early September 2022, whereas another clip explaining the new format was released on the show’s social media channels on September 16, 2022.

Celebrity Jeopardy! will take the game show to a new level with its one-hour format consisting of three rounds – including a Triple Jeopardy.

According to the show’s producers, this is the first time Triple Jeopardy will be practiced in the United States, even though it has been included in some of the foreign versions of Jeopardy!. In this tournament round, the contestants will see their prices tripled, raising the stakes for those in the lead while providing those falling behind with an opportunity to catch up.

The quiz show will follow its exclusive answer-and-question format. Instead of asking questions, the host will present the participants with general knowledge clues. The contestants must analyze the answers and identify the person, thing, idea, or place described by the clue to phrase their responses like a question.

In addition, the $1 million grand prize will go to charity.

Since the original show is only half an hour long, the format of Celebrity Jeopardy! will undoubtedly be different. The producers even came up with an idea to host pre-game and post-game discussions, though it is yet to be seen if they would become a part of the upcoming series.

Who is Hosting Celebrity Jeopardy

The show is hosted by nonother than the famous “Mayim Bialik“.

She will be casting her hosting magic along with Ken Jennings. She has been selected as a prime host for several Jeopardy programs, including the Jeopardy! National College Championship.

Bialik is best known for her performance in The Big Bang Theory and her current running TV show, “Call Me Kat.”

Do these stars have what it takes to win? 🧐✨ Find out on the series premiere of #CelebrityJeopardy!, next Sunday Sept 25 on ABC and Stream on Hulu! pic.twitter.com/pz0FMIy38H

Celebrity Jeopardy! is set to premiere on ABC on 25th September 2022, with a one-day delay on Hulu in the United States. Celebrity Jeopardy! will be on ABC’s Sunday night primetime lineup along with The Rookie Season 5 and Celebrity Wheel of Fortune Season 3.

There are tons of movies, TV shows, and series you can stream with a VPN. Some of them are listed below:

For Canadian streamers, catch all the actions on Hulu or ABC by using ExpressVPN since ABC and Hulu are restricted only to the US. Therefore you will need a workable VPN to watch these American channels.

We have tested ExpressVPN with Hulu, BBC iPlayer, and Disney Plus Hotstar. With its amazing servers in the US, ExpressVPN works flawlessly, which is why it is recommended to all our readers.