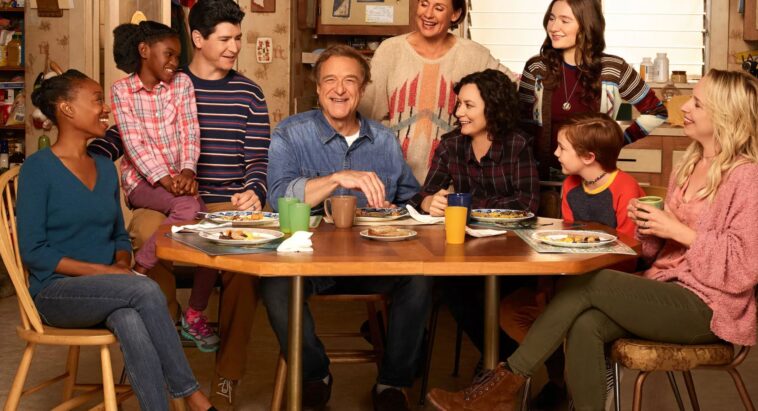 The Conners have long been a sitcom family staple. In the early 90s, this iconic family’s hilarious yet relatable members were known and loved for being a part of Roseanne. However, after the controversy surrounding Roseanne Barr and the death of her fictional character, the audiences have come to adore this clan of eccentric personalities on The Conners.

Created by Matt Williams, the multi-camera comedy premiered on ABC on October 16, 2018. It has since been renewed four times, with season 5 heading to the television screens on September 21, 2022.

If you are here to find out where to watch The Conners Season 5 in Canada, then you have two options,

More details on how you can watch it in Canada are mentioned below.

How to watch The Conners Season 5 for Free in Canada?

The fifth season of The Conners is set to premiere on ABC network in the United States if you are in the US and want to stream The Conners season 5. Get an ABC cable subscription or watch it on abc.com.

For the Canadian streamers, you guys can stream The Conners season 5 on abc.com with ExpressVPN. The details are mentioned below:

Note: The complete season 5 of The Conners is not availabe on ABC. However, you can stream some episodes for free.

Where to watch The Conners Season 5 in Canada| on Hulu

If you like comedy series, this tv show is for you. Watch The Conners Season 5 on Hulu from Canada with ExpressVPN. Here are the steps you should follow:

The YouTube channel of ABC is yet to release an official trailer for The Conners Season 5. But we have added a fan-made trailer.

The Conners revolves around a working-class family living in the fictional suburbs of Lanford, Illinois. While the show primarily focuses on the daily struggles of the family members as they try to live on their modest incomes and balance healthy relationships, it also does not shy away from exploring complex subjects.

Season 4 of the series focused on topics such as mass shootings, gun violence, faith, death, God, fresh starts, sexual orientation, gender identity, introspection, connections, and more. This is perhaps where The Conners finds its strength. Fans can also expect the beloved family members to continue discovering more about themselves and look at things with a fresh perspective in the upcoming season.

The previous season ended on a happy note, with Darlene and Ben, and Jackie and Neville getting hitched. Meanwhile, Dan also decided to marry Louise and take another step on the journey to heal his soul. The upcoming episodes are bound to explore the changing family dynamics and how the characters deal with their new responsibilities.

The Conners Season 5 will also showcase a double honeymoon, some more happy closures, and a renewed focus on marital ties. It is also worth mentioning that Darlene and Ben will be living with Dan and Louise for at least the first half of the season. Moreover, Mark’s storyline will revolve around his growing feelings for his love interest, while Becky will also see some character development.

The Conners Season 5- Release and Reception

The Conners has generally received positive reviews from critics and viewers alike. It has also won a Primetime Creative Arts Emmy Award and has been nominated for several other noteworthy accolades over the years. Furthermore, the sitcom has a 93% approval rating on Rotten Tomatoes and 5.4/10 on IMDb.

What else can you watch on Hulu and ABC Network with a VPN?

You can stream many movies and tv shows on Disney-owned platforms (ABC and Hulu). Here is a list of trendy tv shows on both:

If you are into the comedy genre and love watching sitcoms like Friends, Brooklyn Nine-Nine, The Big Bang Theory, It’s Always Sunny in Philadelphia. You have selected the right tv show, and you will enjoy every episode of it. Watch The Conners Season 5 on Hulu or ABC from Canada with ExpressVPN.

We have unblocked Hulu and abc.com from Canada with ExpressVPN and the streaming was flawless. Therefore we highly recommend getting an ExpressVPN subscription to access geo-restricted content.