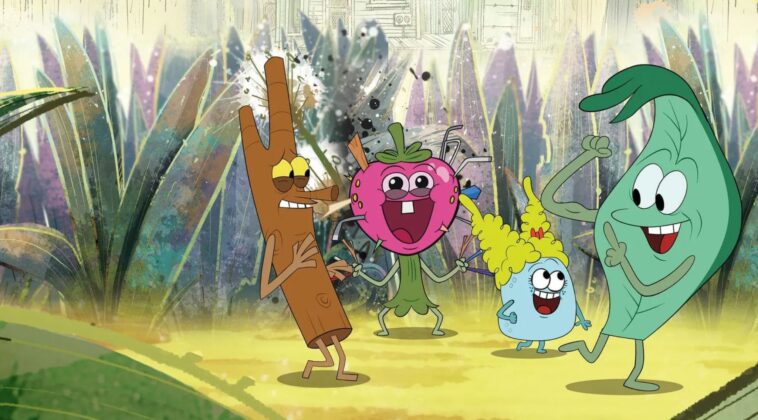 Chronicling the adventures of a squad of lovable creatures living in an unkempt backyard, The Mighty Ones is an original animated series by DreamWorks Animation Television. It revolves around the themes of friendship and living big as the gang of tiny heroes embarks on hilarious missions and faces dangerous foes without letting their size get in the way.

Created by Sunil Hall and Lynne Naylor, The Mighty Ones debuted on November 9, 2020. After being renewed, its second season arrived on the streaming platform on July 1, 2021. Meanwhile, the latest season is set to premiere on Hulu on September 1, 2022. It will consist of 10 episodes, and if you are here to find out where to watch The Mighty Ones season 3 in Canada, you have landed on the right page.

The third season of The Might Ones is scheduled to premiere on Hulu exclusively in the United States. If you are in Canada or anywhere else, then follow these steps to watch The Mighty Ones season 3 from Canada on Hulu:

The Mighty Ones Season 3- Trailer

DreamWorks TV released a new trailer of The Mighty Ones Season 3 on its social media pages. The clip starts with the beloved misfits showing off their self-portraits before delving into a montage of the creatures learning about their new home. It also introduces Mr. LadyBug to the audience.

The Mighty Ones Season 3- Plot

The Mighty Ones tells the tales of a group of misfits – a twig, a pebble, a leaf, and a strawberry – who live in an unruly backyard owned by a trio of equally disorderly humans. The best friends may be tiny, but each has big dreams and aspirations to live a big life. Moreover, they may have mistaken humans for being gods.

The creatures also call themselves the Mighty Ones and often have to deal with a plethora of other creatures residing in their home.

During the first two seasons of the comedy series, the squad lived in a backyard owned by an all-girl rock band. However, the third season will show the gang on a brand-new turf as they learn to live in a yard belonging to a young couple with a baby.

The Mighty Ones features the voice talents of Josh Brener as Twig, Jessica McKenna as Rocksy, Jimmy Tatro as Leaf, and Alex Cazares as Verry Berry.

The Mighty Ones Season 3- Release and Reception

The Mighty Ones is popular among viewers of all ages for its fun and outdoorsy aesthetics mixed with hidden educational messages. It also has a rating of 7.2/10 on IMDb.

The Mighty Ones tells the story of a group of misfits on a new mission to live in a new backyard. This series is for you if you are into the comedy genre. Watch The Mighty Ones season 3 from Canada on Hulu with ExpressVPN.

We have tested ExpressVPN with Hulu, HBO Max, BBC iPlayer, and other regionally restricted streaming services, and it worked flawlessly. Therefore we highly recommend getting an ExpressVPN subscription to watch all your favorite movies and tv shows.