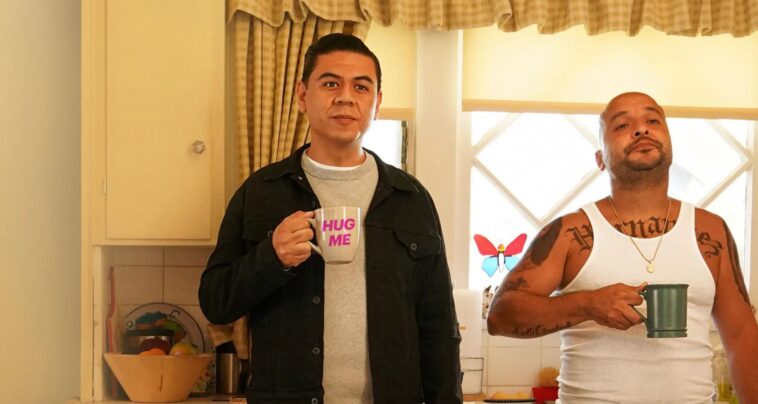 Stand-up comic Chris Estrada has always enjoyed a cult following, with his brilliant sketches and hilarious podcast amassing legions of fans over the years. However, his status as an underground comedy sensation is about to change as he plays the lead character in This Fool, an upcoming television series heading to Hulu.

The half-hour comedy is inspired by Estrada’s personal life, challenges, and relationships. Along with being the show’s writer, he is also taking on the mantle of executive producer along with Fred Armisen, Jonathan Groff, Pat Bishop, and more.

This Fool will premiere on Hulu on August 12, 2022. It will comprise ten episodes. Read on if you are wondering where to watch This Fool (2022) in Canada.

How to watch This Fool on Hulu from Canada

This Fool, an all-American comedy series, is set to debut on Hulu in the United States. If you are located in Canada and want to watch This Fool from Canada, then follow these steps:

Hulu released the official trailer of This Fool on its YouTube channel on July 19, 2022. The clip gives viewers a sneak peek into the workings of Hugs Not Thugs as it shows the cousins struggling to see eye-to-eye on some issues. It also showcases Julio’s relationship with his friends and family.

The single-camera comedy is loosely based on the experiences of Estrada, who plays the role of Julio Lopez in the series. The show is set in South Central Los Angeles, where the 30-year-old main character lives with his mother and grandmother in a working-class neighborhood. He also works at a non-profit called Hugs Not Thugs, which offers rehabilitation services for gang members.

Julio also has a rather messy love life. He has been dating his on-again, off-again girlfriend since high school and never really knows whether they are broken up or together at the moment. However, she does take his car whenever she needs it.

To make the premise even more interesting, he and his family take in his older cousin Luis – a former gang member who just got out of prison. The two cousins don’t get along, which makes This Fool even funnier.

This Fool- Release and Reception

This Fool is yet to debut on Hulu, so its ratings are not currently available. However, its trailer has accumulated over 3 million views in 10 days since its release.

Hulu is one of the best content producers in the United States. Here are some movies and TV shows on Hulu you should check out:

If you loved watching the standup comedies by Chris Estrada, then you should definitely give This Fool a chance. Watch This Fool from Canada on Hulu with ExpressVPN. We have tested ExpressVPN with Hulu, HBO Max, and several other VOD services, and it worked fine.

Therefore we highly recommend getting an ExpressVPN subscription to cater to all your streaming needs in Canada.