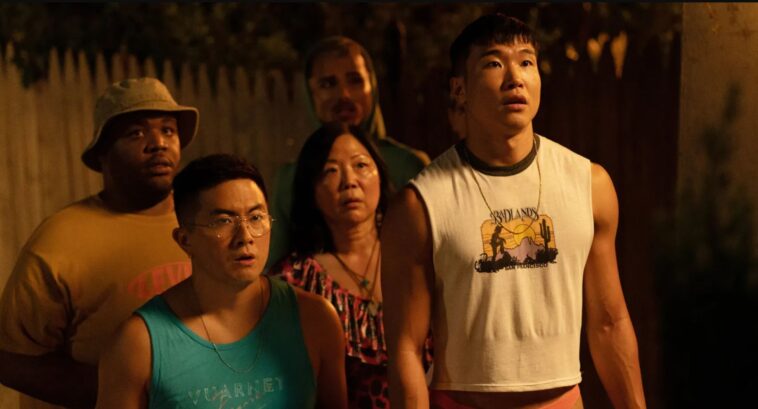 Putting a fun and progressive spin on Jane Austin’s classic romantic novel Pride and Prejudice, Fire Island is an upcoming queer romantic comedy that has all the potential of becoming a cult classic. The movie revolves around a group of gay men who embark on a week-long getaway to Fire Island Pines in New York – a popular vacation destination for the LGBTQ+ community.

Fire Island is written by stand-up comedian Joel Kim Booster and directed by Andrew Ahn. It features Booster in the lead character of Noah, whereas Bowen Yang stars as Howie, Conrad Ricamora as Will, and Margaret Cho as Erin. The movie is set to premiere on Hulu on June 3, 2022, and if you are here to find out how to watch Fire Island in Canada then read on.

How to watch Fire Island in Canada | On Hulu

Fire Island will stream exclusively on Hulu in the United States, if you are residing in Canada or anywhere outside the US, follow these steps to watch Fire Island from Canada:

Hulu, the American streaming giant with A-class content is yet to step foot in Canada. But that does not mean you can not have a Hulu account while you are in Canada. Follow these steps to get a Hulu subscription from Canada:

Hulu is a geo-restricted streaming service, only available in the US and some areas of Japan. But you can access it from anywhere with a workable VPN. We highly recommend ExpressVPN to watch Hulu from Mexico, Canada, the UK, or anywhere else. You can watch Harry Potter movies on Netflix, Stream Love Island in Canada, and watch Real Housewives of Dubai with a VPN.

Here are some new movies and TV shows on Hulu:

The official YouTube channel of Searchlight Pictures released the trailer for Fire Island on April 25, 2022. The clip starts with Noah getting on the boat to Fire Island and being greeted by his friends before transporting the viewers to the beautiful and vibrant island that has long been a popular destination for queer folks.

Fire Island is a delightfully engaging rom-com that turns the spotlight on queer men of color finding love and navigating the minefield of relationships in modern times. The R-rated multicultural movie centers on an eclectic group of friends traveling to Fire Island Pines for a long-awaited reunion. The trip also marks the tenth anniversary of Howie and Noah meeting for the first time while working at the same brunch spot.

The group also comprises Luke, Keegan, and Max, all hosted by their lesbian den mother Erin at her summer house. However, since Erin is broke and plans to sell the house soon, the friends realize that this could be their last vacation together. Therefore, to turn their summer into an epic adventure, Noah and the rest of the gang decide to help Howie find a perfect partner while having the best time of their lives with their chosen family.

Fire Island is yet to release on Hulu, so its ratings are not presently available. However, the trailer for this inclusive modern comedy has amassed around 3.9 million views on YouTube.

The bottom line is you can watch Fire Island in Canada on Hulu with a workable VPN. Not all VPNs can unblock Hulu from outside the US. We have tested ExrpessVPN to unblock several VOD services and websites and it worked every time.

Get ExpressVPN to watch Fire Island in Canada and stay secure online. you can also unblock HBO Max, and BBC iPlayer with the ExpressVPN subscription.