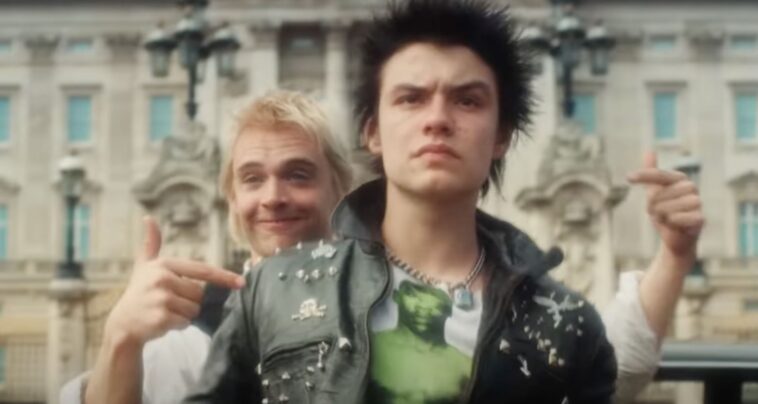 Considered one of the most revolutionary acts in the history of rock music, the Sex Pistols are credited for initiating the punk movement in the United Kingdom. During their initial years, the band members were widely regarded as loud, boisterous, and chaotic.

However, it is no secret that the Sex Pistols became the symbol of social and political mayhem in the late 70s. The upcoming FX biopic Pistol aspires to capture the journey of this remarkable band in all its anarchic glory. If you are wondering where to watch Pistol in Canada then you have landed on the right page, just read on.

Created by Craig Pearce and directed by Academy Award-winner Danny Boyle, Pistol is based on Lonely Boy: Tales from a Sex Pistol – the memoir written by the band’s guitarist Steve Jones. The drama mini-series is scheduled to premiere on Hulu on May 31, 2022.

Pistol 2022 is the story of a famous 70s band “Sex Pistols” and is set to release exclusively on Hulu in the United States. If you are from the US then all you need is an active Hulu account and you are good to go.

But if you are residing in Canada or Australia and want to stream Pistol on Hulu then follow these steps:

The YouTube channel of FX released a teaser trailer for the Pistol on April 04, 2022. Though the clip doesn’t give much insight into the narrative details of the biopic, it successfully establishes a unique tone befitting everything Sex Pistols stood for.

Pistol captures the epic journey of a group of raucous and working-class kids with “no foreseeable future” who not only reshaped the music industry but also threatened to topple the government by challenging the monarchy. The mini-series will tell the groundbreaking journey of the legendary Sex Pistols band that has inspired countless punk rock bands across the world.

With Jones’ fierce and passionate character at the core of this biopic, the series will explore one of the most turbulent periods in the history of music and take viewers on an unforgettable rollercoaster ride full of fierce declarations, head-banging music, heartbreaking revelations, and much more.

Since Pistol is set to release on Hulu on May 31, 2022, its ratings are currently unavailable. However, the official trailer of the series has accumulated more than 240k views since its release.

When it comes to content Hulu is considered to be one of the best streaming services of the time. We have huge streaming giants like Netflix, Disney+, and Prime Video but still, Hulu is here and progressing every day.

Here is a list of movies and TV shows which you should consider watching in Canada in 2022:

There are a number of TV shows and movies you can stream on Hulu from Canada. Get a workable VPN like ExpressVPN and enjoy streaming Hulu in Canada. Pistol the amazing story of the rise and fall of a rock band “Sex Pistols” will also stream on Hulu on 19th May 2022, so get a VPN and Hulu account and watch Pistol (2022) from Canada on Hulu.