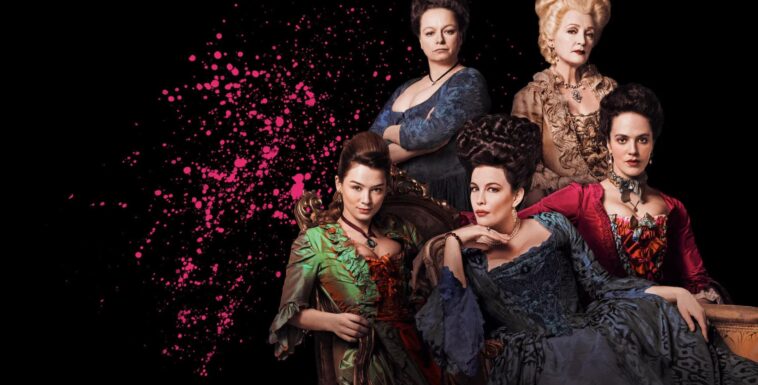 Harlots is a British Historical Drama series aired on TV for the first time on 27th March 2017. There are three seasons of this show with 24 episodes, and each episode’s runtime is about 45 to 50 minutes if you are here to find out how to watch Harlots in Canada then read on.

Alison Newman and Moira Buffini created the show, and a single director did not direct it. A different director directs almost every episode. The show has been canceled, and it will not be renewed for another season, as confirmed by its streaming platform Hulu.

How to watch Harlots on Hulu from Canada

All three seasons of Harlots are available on Hulu in the United States, if you are residing in Canada and want to watch Harlots then all you need is a workable VPN and a Hulu subscription. Follow these steps to stream Harlots on Hulu from Canada:

Since Hulu is not yet available in Canada, that does not mean you can not get a Hulu account from Canada. Follow these simple steps to get a Hulu subscription from Canada:

Where else can you watch Harlots online

Harlots is a British drama that is available on a number of VOD services, some of which are listed below:

There are nearly hundreds of movies and TV shows you can watch with a VPN, some of which are listed below:

In eighteenth-century Britain, London, the story is set where Margaret Wells runs a brothel. Margaret is also the mother of two daughters, Charlotte and Lucy. The things in their life of Margaret take a turn when Lydia Quigley enters the market as her contender and starts to turn her customers of Margaret into hers.

In such circumstances, where her business of prostitution, which was considered to be the most profitable business in the city, is attacked, she is determined to fight back and protect her business at any cost, even if she has to put her family in risk.

It is always tough to show something in the 18th century, as it requires a humongous budget, a lot of creative minds to design the set, and the actors also have to keep a different accent than real life. But almost everything was nearly perfect in this show, and the one thing to be appreciated was the incredible attention to detail in every scene. The show also has some fine acting performances.

Overall, the show is fantastic, and it is rated 7.7 out of 10 on IMDb and has a score of 97% on Rotten Tomatoes, which clearly shows how much the fans love it.