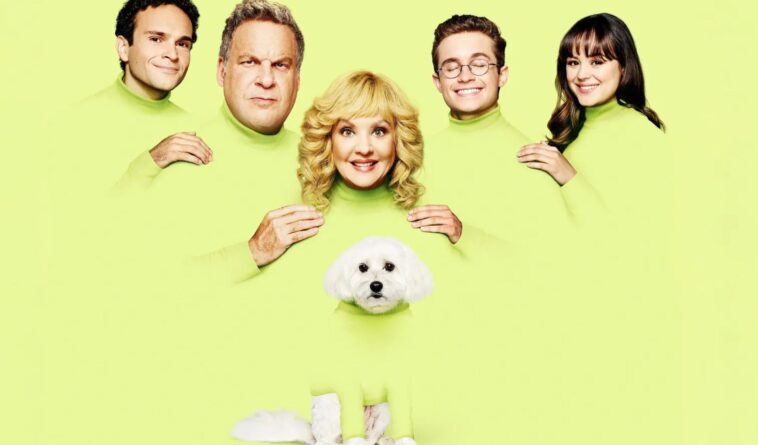 The Goldbergs return to your television screens with another season of laughter, nostalgia, and chaos. The sitcom is set in the 1980s and revolves around the hilarious yet highly relatable members of the Goldberg family. The series is inspired by the childhood of its showrunner Adam F. Goldberg, who grew up in a Philadelphia suburb during that period. Many of the home videos made by his family have been reenacted throughout the show, with the original clip playing at the end of the episode.

Narrated by Patton Oswalt, The Goldbergs premiered on ABC on September 24, 2013. It has since been renewed nine times, with season 10 slated to air on September 21, 2022. If you are here to find out where to watch The Goldbergs in Canada, then we have prepared the right recipe for you.

How to watch The Goldbergs Season 10 for Free in Canada

The tenth season of the comedy sitcom “The Goldbergs” is heading to the ABC Network in the United States, you will need a ABC cable subscription or you can watch The Goldbergs S10 on abc.com from the US.

For those of you residing in Canada, get ExpressVPN and watch The Goldbergs season 10 in Canada for free. Follow these steps:

Note: The Goldbergs Season 10 is not entirely availabe on ABC. However, you can stream some episodes for free.

Where to watch The Goldbergs Season 10 in Canada| On Hulu

The tenth season of The Goldbergs is making its way to Hulu with a one-day delay with ABC Network. Although you can watch the complete season 10 of The Goldbergs on Hulu from Canada with ExpressVPN. Here are the steps:

The promo teaser for The Goldbergs Season 10 was released on September 7, 2022. The short clip shows the Goldberg mother instructing the viewers to tune in for the upcoming season in a classic Beverly fashion.

The Goldbergs Season 10 will start on a solemn note as it takes place mere months after the death of Murray Moshe Goldberg – the antisocial and sullen patriarch of the family. The character was written off the show following controversies surrounding the actor who portrayed it. However, all will not be doom and gloom as the remaining members of the Goldberg family will gradually begin to move on as they each deal with their loss in a unique way.

In a way, Murray’s passing will bring the family together, strengthening their bond even further. The audience can also expect Erica and her baby to be a crucial part of season 10, with the older Goldberg child finally starting a family of her own with Geoff. Meanwhile, Beverly – the overprotective matriarch of the family – will also face new challenges this season after losing her husband and preparing to welcome her grandchild. She and Erica will also be butting heads a lot more in the coming episodes, which is not surprising given their relationship dynamic.

Elsewhere, Barry will continue his stress-inducing journey to become a top doctor. On the other hand, Adam, the youngest Goldberg sibling who narrates the story in the present times, will also go through a transition period as he enters adulthood.

The Goldbergs Season 10- Release and Reception

The Goldbergs has received mostly positive reviews from critics and viewers. It also has an IMDb rating of 8.0/10 based on 37k user reviews.

Hundreds of movies and tv shows are geo-restricted due to copyrights. You can watch them with a VPN. To mention a few, here is a list:

If you are into the comedy genre and love watching sitcoms like Friends, Brooklyn Nine-Nine, The Big Bang Theory, It’s Always Sunny in Philadelphia, then The Goldbergs is for you. Watch The Goldbergs season 10 in Canada with ExpressVPN.

We have tested ExpressVPN to watch Hulu, HBO Max, BBC iPlayer, etc, and it worked perfectly. This is the reason we recommend ExpressVPN to all our readers.