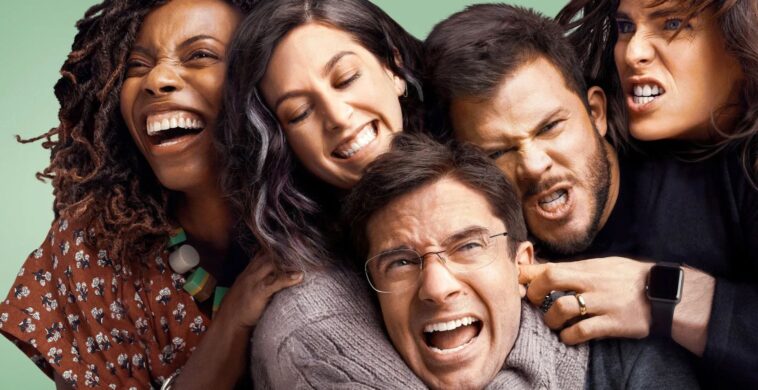 Gear up for another season of laughter, warmth, and tears as Home Economics returns to ABC with a brand-new season. The sitcom revolves around three siblings trying to navigate the challenges of adulthood while maintaining their relationships with each other.

Created by Michael Colton and John Aboud, Home Economics premiered on April 7, 2021, whereas its second season debuted on September 22, 2021. Season 3 of the single-camera comedy is scheduled to air on September 21, 2022, and if you are wondering where to watch Home Economics Season 3 in Canada, you have two options, ABC Network and Hulu. Read this guide to find more.

How to watch Home Economics Season 3 in Canada| On Hulu

Where to watch Home Economics Season 3 online free in Canada

If you are in Canada and want to watch Home Economics Season 3 for Free. Get ExpressVPN to unblock abc.com and watch it. Follow these steps:

Note: Home Economics Season 3 is not completely availabe on ABC. However, you can stream some episodes for free.

Home Economics Season 3 promo was released on YouTube on September 7, 2022. The half-a-minute clip shows the family getting closer as things get worse for some of them and better for others.

Home Economics revolves around three adult siblings: Tom, Sarah, and Connor. Tom, the oldest of the bunch, is a struggling author who is married to his wife, Marina, and has three children. Meanwhile, Sarah is the middle child who works as a therapist for young ones yet barely makes enough to make ends meet. She is married to a teacher named Denise and has two adopted kids.

On the other hand, Connor, the youngest of the family, runs a private equity firm and is extremely rich. He is also divorced and has a daughter named Gretchen.

Season 3 of the sitcom is expected to start with a hilarious episode set in Disneyland Resort in California. However, Marina’s dream trip to the Happiest Place on Earth might not pan out the way she would like it to once some unsettling truths come to light.

Keeping the ending of the past season in mind, fans can expect to witness some fallout between the brothers once Tom finds out that Connor pouring money into the Dutch Media Firm is the reason his book will finally be published and see the light of day. To make things even more complicated, the youngest sibling is now the author’s new boss.

Home Economics is one of the most popular sitcoms presently airing on ABC. It has an IMDb rating of 6.6/10 based on 3.9k users and an approval rating of 82% on Rotten Tomatoes. Furthermore, the comedy series is generating some buzz on social media with its teaser and other promotional material.

There are tons of movies and tv shows you can stream for free with a VPN, or at least unlock them from Canada. Here is a list of a few trendy shows you should check out:

If you like watching comedy tv shows and are interested in the comedy genre, this series is for you. Watch Home Economics season 3 in Canada on Hulu or ABC with ExpressVPN. We have tested ExpressVPN to unblock Hulu, HBO Max, ITV, etc, and with the highly optimized servers, ExpressVPN has, we successfully unblocked all the streaming services and channels.