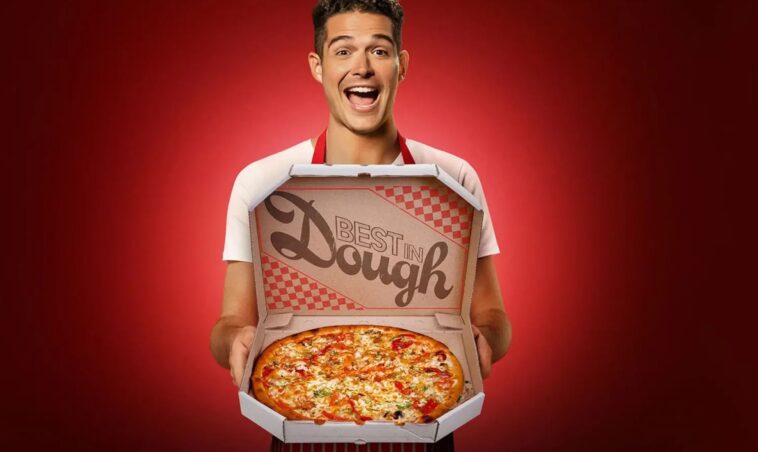 A treat for pizza lovers with a competitive streak, Best in Dough is an upcoming culinary contest show that aims to take the art of pie slinging to a whole another level. With $10,000 on the line, contestants from all walks of life will showcase their skills and charm the judges with bold new flavors through the ten-episode run.

Best in Dough is heading to Hulu on September 19, 2022. It is executive produced by Jane Lipsitz, Dan Cutforth, Nan Strait, Dan Volpe, Andrew Wallace, and Cat Sullivan – the latter of whom also serves as its showrunner.

The show’s first three episodes will release on the same day, while three will arrive on the streaming platform on September 26th. The final episodes will become available on October 3, 2022. If you are wondering where to watch Best in Dough in Canada, then this guide is for you.

The reality tv show with $10000 hanging in the balance is set to premiere on Hulu in the United States. if you are in the US and want to stream the cooking competition, then all you need is an active Hulu account.

If you reside in Canada, you will need a workable VPN to change your IP address and watch Best in Dough in Canada. Follow these steps:

The YouTube channel of Hulu released the official trailer of Best in Dough on August 25, 2022. The nearly two-minute clip shows enticing views of freshly baked pizza before offering a glimpse into the beautiful kitchen where pizza fanatics will indulge in a culinary battle.

The unique cooking competition puts Michelin star chefs in the same room as a group of pizza-obsessed contestants who are not even working in the restaurant. It has been dubbed as the first-ever pizza baking contest on television. It will show people from different backgrounds firing up the oven and experimenting with new flavors that will tantalize the judges’ taste buds.

Best in Dough is hosted by Well Adams, who is known for his association with The Bachelor franchise. Moreover, the culinary delights prepared by the contestants will be judged by Chef Daniele Uditi, Chef Millie Peartree, comedian Eunji Kim, and baker Bryan Ford.

The first three episodes of the series are titled Nonnas, Influencers, and BBQ. The rest are called the College Kids, Pop Up, Pizza Champs, Mother Daughter, Planet Pizza, Mid-West, and Fine Dining.

Best in Dough- Release and Reception

Best in Dough is yet to be released. Therefore, its ratings are not currently available. However, owing to its unique concept, the show appears to be gaining popularity on social media.  Its trailer has also received thousands of views since it was uploaded.

Hulu is one of the best content producers and distributors in the United States. The streaming giant has produced great original shows like The Handmaid’s Tale, The Kardashians, etc. Some of Hulu popular shows are listed below:

If you are into reality shows and love pizza, then this series is for you. Watch Best in Dough from Canada on Hulu with ExpressVPN. We have tested ExpressVPN with Hulu, HBO Max, BBC iPlayer, etc, and it worked flawlessly.

Therefore we highly recommend ExpressVPN to all our readers to unblock geo-restricted channels and streaming services.