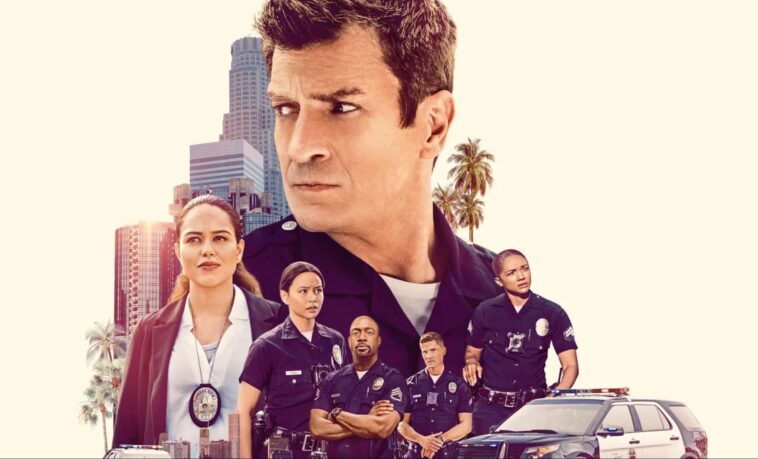 Inspired by an original story, The Rookie is an action-adventure drama that revolves around a 45-year-old who becomes the oldest rookie in the Los Angeles Police Department. The series puts a creative twist on the regular police procedurals by focusing on the daily lives and beats of the cops instead of too many high-profile cases.

Created by Alexi Hawley, The Rookie premiered on ABC on October 16, 2018. It has since been renewed four times, with season 5 slated to air on September 25, 2022. The series is loosely based on the live events of LAPD Officer William Norcross, who also serves as its executive producer and if you are wondering where to watch The Rookie season 5, this guide is for you.

How to watch The Rookie Season 5 on ABC from Canada

The fifth season of The Rookie is set to premiere on ABC in the United States, If you reside in the US then all you need is to register an account with ABC, and you are all set to watch The Rookie season 5.

Note: The complete season 5 of The Rookie is not availabe on ABC. However, you can stream some episodes for free.

The new episodes of The Rookie Season 5 are heading to ABC in the United States. The series is set to start on Tuesday, January 3. 2023. Since it’s a crime drama Tuesday on ABC, be prepared to a fresh start of The Rookie in 2023.

Since it’s a Tuesday, you will also get a chance to watch The Rookie: Feds and Will Trent airing on the same day on ABC.

The official trailer for The Rookie Season 5 was released on August 29, 2022. It shows Nolan being applauded for his brave actions at the end of the last season and being given an option to choose any assignment in the force.

The Rookie tells the story of Johan Nolan, a newly divorced man with a construction business who moves to Los Angeles to enroll in the LAPD after helping cops foil a bank robbery. The series showcases his origin story, from joining the force and becoming the oldest rookie to becoming a full-fledged officer with an astounding career.

Season 4 of the drama ended with a cliffhanger as it shows Officer Lucy Chen and Sergeant Tim Bradford taking their friendship to the next level during an undercover operation. Their kiss during the season finale would catalyze certain events in season 5, as the two colleagues deal with the consequences of their actions and chart the tumultuous waters of romantic relationships.

However, the major focus of the upcoming season will lie on Officer Nolan, who will finally move on from his role as the rookie and transition to the role of a mentor. He will be in charge of a rookie named Celina Juarez as a training officer.

On the other hand, Detective Harper will face a new challenge after returning to LAPD following the birth of her child. Moreover, a criminal from the past seasons is also expected to appear chilling.

The Rookie Season 5- Release and Reception

The Rookie has an approval rating of 68% on Rotten Tomatoes and 8/10 on IMDb.

Nathan Fillion led the cast with the role of John Nolan. He is seen in several onscreen projects, including The Suicide Squad, Modren Family, etc. He has also appeared as a guest star in The Big Bang Theory, Brooklyn Nine-Nine, and voiced the character of Cornvelious Daniel in Rick and Morty.

The main cast of this series is Mekia Cox, Alyssa Diaz, Richard T. Jones, Melissa O’Neil, and Eric Winter from The Good Doctor.

There are hundreds of movies and tv shows you are missing out on. Here are some of the most popular and trendy ones:

The Rookie tells the story of a newly divorced man who moved to LA and helped the cops make a bank robbery unsuccessful. The Rookie Season 5 will be free on ABC in the United States.

For Canadians, use ExpressVPN and watch The Rookie Season 5 online for free. We have tested ExpressVPN with several restricted streaming services like Hulu, HBO Max, BBC iPlayer, etc, and it worked flawlessly. Therefore we highly recommend getting an ExpressVPN subscription to all our readers.