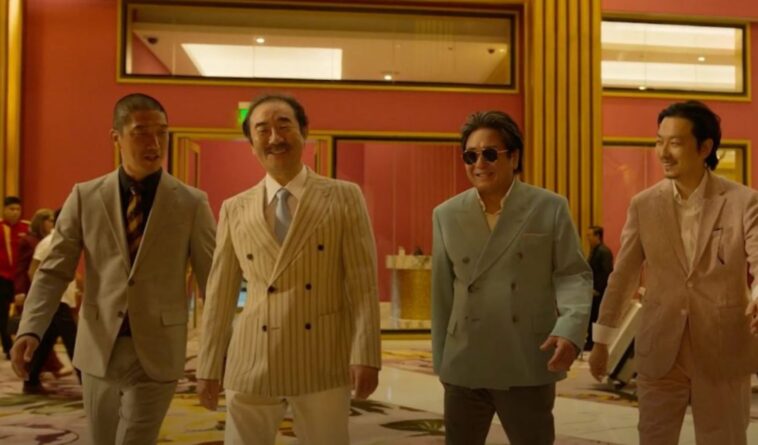 Ready for another South Korean thriller that would make K-drama fans yearn for more and hook the non-fans?

Read on if you are here to find out where to watch Big Bet in the United States.

Where to watch Big Bet in the United States

The first season of Big Bet is heading to Disney Plus in the United Kingdom and Canada. If you are in the United States, get a Disney Plus subscription for $10.99/month and enjoy thousands of movies and tv shows.

You will also need a reliable VPN service to change your IP address because Big Bet (2022) is not coming to Disney Plus in the United States.

The first season of Big Bet is heading to Disney Plus in the UK, Australia, and Canada. If you have a Disney Plus subscription, all you need is an ExpressVPN subscription to change your IP address and Disney Plus library and watch Big Bet from the USA. Follow these steps:

Set and shot in the Philippines, viewers can stream the premiere of Big Bet, which was released on Disney+ on November 23.

The first three episodes of this two-season series (with the first season set to contain eight episodes) will be released on December 21, 2022, with a new episode coming out weekly. So don’t forget to catch this entertaining mix of violence, crime, and thrill played by your favorite Korean stars!

What to Expect from Big Bet

Big Bet tells the story of a gambler who wants to become rich. He tries out his luck to win the casino but ends up losing his life savings.

The Cutthroat World of Gambling

This new Korean series, previously named King Of Savvy, covers the gripping tale of a man struggling to make his mark in the world of gambling and become a casino mogul. However, the drama becomes interesting as his way to success is hindered by a disastrous chain of events that prompts the man to risk everything he owns, including his own life, to get back to the path he desires.

Disney+ announced on November 16 that this much-awaited K-drama would make a worldwide premiere on December 21 on its streaming service. It also offered the anticipating audience a glimpse into the new series through a one-minute-long teaser trailer that shows the cutthroat gambling world, with taking risks being the only mode of survival.

Big Bet also covers the thrilling turn of events when Phillipine’s legendary casino king gets tangled in a murder case and faces the ultimate dilemma of his efforts to get back into the gambling game.

The Comeback You Have Been Waiting For

Although the audience is yet to receive insight into an extensive synopsis, the show is set in a casino’s background and exhibits the turbulent life of a man in this business. This original Disney+ production shows the legendary TV debut of director Kang Yoon-sung – widely acclaimed for “The Outlaws,” and the revival of Choi Min-Sik, who is making a comeback to television after a whopping 25 years.

As if Choi Min-sik’s comeback was not reason enough to stream this show, man-of-the-moment Son Suk-ku is also set to play a critical role in the series. He plays the role of the police officer sent to the Philippines to deal with international cases, which leads him to chase Mu-sik to solve the murder case. Jin Sun-kyu, Heo Sung-Tae, and Lee Dong-hwi will also join this thrilling cast.

How Many Episodes of Big Bet Are There?

The first season of Big Bet has eight episodes. Four episodes have been released, with four to follow on a weekly basis. Here is a complete list of Big Bet episodes with release dates:

What else can you watch on Disney?

Disney has one of the biggest entertainment libraries in the world. Whether it’s MCU’s Avengers Cartoons from your childhood or a Christmas movie you loved. You will find everything on Disney Plus. Some of the content you should watch on Disney is listed below:

If you like watching movies and tv series with gambling and hardcore action. Watch Big Bet on Disney Plus from the United States with an ExpressVPN subscription. We have tested ExpressVPN to change Disney’s library several times, and it worked. Therefore we highly recommend it to all our readers and stream enthusiasts.