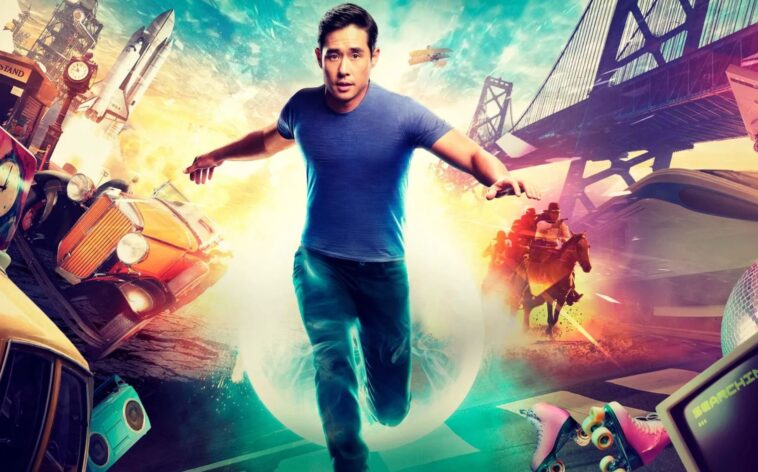 A reboot of the popular 1989 science-fiction series of the same name, Quantum Leap is an adventure drama revolving around a team of scientists trying to study the Quantum Leap accelerator nearly 30 years after the events of the original show. Developed by Steven Lilien and Bryan Wynbrandt, it stars Raymond Lee in the lead role of Dr. Ben Song, who also leaps through space and time like his predecessor Dr. Sam Beckett.

Season 1 of Quantum Leap is split into two parts, with the first premiering on September 19, 2022. Meanwhile, the second part is slated to arrive on Peacock on January 2, 2023, following a winter break. It is also worth mentioning that the show has already been renewed for a second season. Here is everything we know about Quantum Leap Season 1 and how to watch it in Canada.

Where To Watch Quantum Leap Season 1 in Canada?

The second part of the first season of Quantum Leap is heading to Peacock and is set to premiere on January 2, 2023, exclusively in the United States. You will need a Peacock account subscription to watch Quantum Leap in the US, which will cost you around 4.99/m.

Things are a little different in Canada because Peacock is not available here! But don’t worry; you can easily watch Quantum Leap from Canada on Peacock with a workable VPN service.

How To Watch Quantum Leap Season 1 In Canada

The second part of Quantum Leap Season one is heading to Peacock this January and here is how you can watch it from Canada.

How To Get A Peacock TV Subscription From Canada

Peacock TV is spreading its wings, but the wings are yet to reach Canada, but that does not mean you can not stream Quantum Leap in Canada on Peacock TV. Follow these steps to get a Peacock subscription from Canada:

Quantum Leap is heading to Peacock TV in the US. The second part of the series is set to premiere on January 2, 2023. There is no word on the international release of the series, but we can predict the series will land on Crave later this year.

Until that time, use an ExpressVPN subscription to watch Quantum Leap in Canada on NBC or Peacock. You can also watch BFM Season 2, Koala Man, How I Caught My Killer, Fantasy Island, The Drop, and Happy Valley Season 3. etc. If you are into reality shows, here is a complete guide to watch Love Island UK 2023 in US.

What To Expect From Quantum Leap

Quantum Leap is probably one of the best reboots of a 90s series, as it captures the charm of the original show while keeping the viewers intrigued with each storyline.

Three decades after Sam Beckett involuntarily jumped into the notorious accelerator, a new team of scientists restarted the Quantum Leap project to find out what happened to the beloved doctor and study the mysterious machine. However, things don’t go as planned when Ben Song embarks on a time-traveling adventure of his own.

Answering Questions about the Accelerator

The revived series is expected to answer some of the most pressing questions about the original show without deviating too far from the plotline. Although the drama has a slate of new characters, its overall format remains pretty much the same, except with better CGI.

Ben Is Not Alone During His Leaps

While his team tries to figure out the reason behind Sam’s decision, the physicist travels through time and experiences life in different eras. He is also accompanied by the hologram of Addison Augustine, an army veteran who balances Ben’s personality with her level-headedness. Moreover, his team at the HQ is also trying to solve the mystery behind his leaps. The team dedicated to the top-secret mission includes Herbert ‘Magic’ Williams, Ian Wright, Jenn Chou, and an AI unit called Ziggy.

Quantum Leap covers the thrilling story of a brilliant scientist Dr. Sam Beckett – played by Scott Bakula – and his Project Quantum Leap (PQL). He delves into the world of time travel in his quest for answers along with his PQL partner Al – played by Dean Stockwell. Pressured to provide substantial results in this domain lest he lose his funding, Dr. Sam tries time travel on himself. He ends up regaining consciousness in another person’s body living in 1956. The only person able to visit Sam is his partner Al, that too in the form of a neurological hologram.

Sam discovers that his mission is to correct whatever went wrong in the timeline he gets sent to before he can get out again. Artificial intelligence Ziggy, back at the Project, theorizes that if Sam fails to correct what went wrong, he will be stuck in that person’s body forever. Thus, Quantum Leap reveals Sam’s journey through a series of temporary hosts to reverse historical mistakes in a thrilling episodic show.

High Stakes and A Series of Missions

Sam leaps into various characters that he must act like, including a test pilot, a drag-racing teenager, a literature professor, a veterinarian, a boxer, a private eye, and a chauffeur. With very high stakes, he attempts to maneuver through the twists and turns the Quantum World throws at him, along with failed attempts to get back to his world. The season also offers fragmented insight into Al, Sam’s partner in the Project, which builds up suspense about his real identity.

Quantum Leaps can satisfy all your sci-fi cravings, especially since it is considered a classic in this genre of television shows. Don’t forget to add it to your to-watch list!

The cast of Quantum Leap includes Raymond Lee in the lead role. Lee is an American actor best known for his role in Here and Now, Top Gun: Maverick, etc. He has also appeared in popular comedy series like Modren Family, and It’s Always Sunny in Philadelphia.

Further down the line, we have Caitlin Bassett, Mason Alexander Park, and Nanrisa Lee. Nanrisa Lee has done several tv shows, and like Raymond Lee, she loves to appear as a guest on popular TV shows. She has appeared in Grey’s Anatomy, Westworld, etc.

What Else Can You Watch On Peacock TV?

If you loved the classic sci-fi show or are looking to watch something equal parts intelligent and entertaining, you should definitely check out the upcoming episodes of Quantum Leap Season One on Peacock this January.

Watch Quantum Leap from Canada on Peacock with an ExpressVPN subscription. We have tested ExpressVPN to watch Peacock in Canada, Mexico, etc, and it worked perfectly. Therefore we highly recommend it.