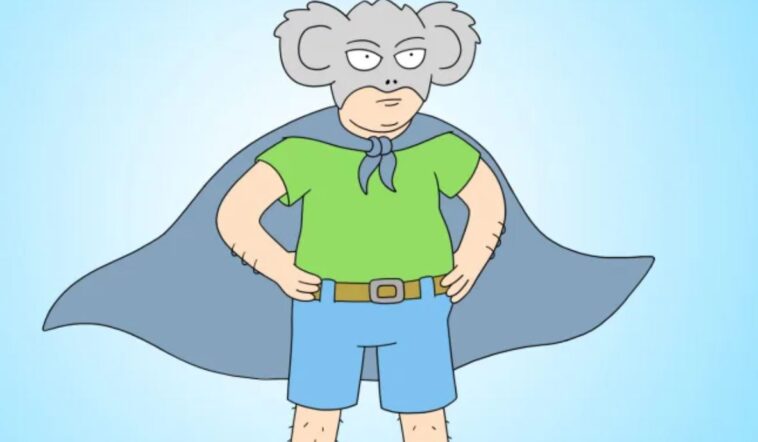 Koala Man is an upcoming adult animated series featuring some of the most popular names in the entertainment industry. Set in a small Australian town called Dapto, the show follows the life and adventures of a divorced dad who moonlights as a superhero in a koala mask, fighting criminals and putting baddies in their place. It is heading to Hulu on January 9, 2022. If you are here to find out where to watch Koala Man in Canada, read on.

Where to watch Koala Man in Canada?

Koala Man will premier on Hulu on Monday, January 9, 2023, exclusively in the United States. If you reside in the US, get a Hulu account for $7.99/mo and watch the animated show. Things get a little thicker if you reside in Canada or anywhere outside the US.

That is because Hulu is not accessible in Canada but you can watch all Hulu shows with a workable VPN. We recommend ExpressVPN to watch Hulu in Canada, which you can get for $6.67/m.

How to watch Koala Man in Canada on Hulu

Koala Man is heading to Hulu in the US. If you reside in Canada, get an ExpressVPN subscription and watch Koala Man from Canada on Hulu. Follow these steps:

Koala Man is heading to Hulu and will premier on Monday, January 9, 2022, in the United States. The release date for Canada and the UK is still not announced, but we can anticipate the series will stream on Disney Plus internationally.

If you are into animated series, check out, The Mighty Ones, The Crood: Family Tree, The Polani Show, Trolls Topia, Solar Opposite, Maid Sama, and Dragon the Nine Realms.

Kevin may look like just another middle-aged father with a boring day job, but he is much more than that. With his face covered under a koala mask, the man leads a double life as he strives to make Dapto a safer and better place. He is also a stickler for rules and just wants to help the community by being an upstanding and not-so-secret vigilante.

Koala Man features the vocal talents of award-winning Australian actor and singer Hugh Jackman. The X-Men star plays the character of Big Greg – the head of the Town Council and the most liked guy in Dapto. He is also the former host of a wildly popular fishing show. As Kevin’s boss, Big Greg takes credit for most of the Koala Man’s actions against villains, supernatural foes, and bad neighbors.

Most superheroes have sidekicks, and Koala Man is no different. However, instead of hiding his true identity or keeping his loved ones away from his crime-fighting activities, Kevin enlists the help of his family and friends to help him save the day. The show features the voice of Sarah Snook as Kevin’s wife, Vicky, and Demi Lardner as their daughter, Alison. The other characters include the motivating Principal Bazwell, the ever-loyal Spider, school canteen worker Janine, and bowling club owner Louise.

The Lord of the Rings alums Hugo Weaving and Miranda Otto are also set to appear on Koala Man as King Emudeus and Mindy, respectively.

The television series is created by Michael Cusack, who also voices the main character and his son, Liam.

Moreover, it is being produced by Justin Roiland, the showrunner of Solar Opposites and Rick and Morty, along with Benji Samit and Dan Hernandez, the writers of Pokémon: Detective Pikachu.

What Else Can You Watch On Hulu?

Hulu has become the number-one source of entertainment for American streamers. Here are some movies and tv shows you should check out on Hulu:

If you love action-adventure comedy series or want to watch Hugh “Wolverine” Jackman finally voice an animated character, you should definitely check out Koala Man on Hulu this January. You won’t be disappointed!

Watch Koala Man on Hulu in Canada with an ExpressVPN subscription. We have tested ExpressVPN to watch Hulu in Mexico, Canada, etc., and it worked. Therefore we highly recommend it to all our readers.