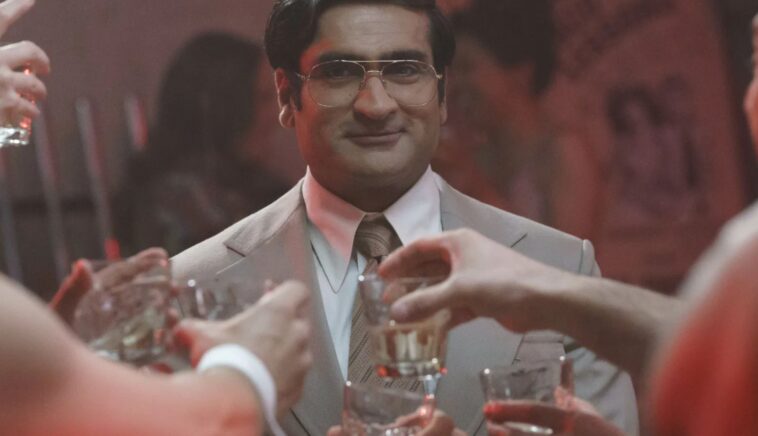 Welcome to Chippendales is a biographical miniseries that explores the personal and professional life of Somen “Steve” Banerjee – the man behind the biggest empire of exotic male dancers in the world. The television series will focus on the beginning of the male stripper troupe and showcase how Banerjee lost his kingdom to gluttony and treachery.

Where to watch Welcome to Chippendales in Canada?

Welcome to Chippendales tells the story of an Indian immigrant “Steve” Banerjee” and his dark vision for his business. The series will be streaming on Hulu exclusively in the United States, you can get a Hulu subscription for $7.99/month.

How to watch Welcome to Chippendales in Canada on Hulu

The first season of Welcome to Chippendales is set to premiere on Hulu on November 22, 2022. The series will be availabe exclusively on Hulu in the United States, with the first two episodes airing in a week and the rest to follow from January 3, 2023.

The series will be availabe on Disney Plus in Australia and the United Kingdom from Wednesday, January 11, 2023.

The trailer was released on Hulu’s official YouTube channel and has gained more than eleven million views in a few days. This shows the popularity of the series among viewers.

Somen “Steve” Banerjee, an Indian immigrant, arrives in the United States with big dreams and aspirations. Eventually, he ends up buying an unsuccessful nightclub in West Los Angeles. He then decides to tap into a new demographic by putting on a show featuring scantily clad male strippers.

A Closer Look at How Chippendales Rose to Fame

Established in the 1970s, the Chippendales are credited for transforming male strip shows into mainstream entertainment. The touring dance troupe gained prominence for its Broadway-style burlesque shows created particularly for women. The dancers were famous for wearing their distinctive uniform consisting of a collar, bow ties, and shirt cuffs.

As the Chippendales began to gain notoriety worldwide, Banerjee bought nightclubs in big cities – including New York, Denver, and Dallas. However, as his business grew, so did his competition. When other similar nightclubs and stripping groups began to pop up, he got anxious and tried to burn down at least three establishments.

His criminal activities continued into the late 1980s when he paid one of his associates to kill Nick De Noia – the choreographer of Chippendales and a business partner. Banerjee also had two of his other associates murdered before being arrested for his crimes. In 1993, the strip club empire mogul was sentenced to 26 years for attempted arson, murder for hire, and racketeering.

Banerjee committed suicide in his cell at the age of 48.

The cast of Welcome to Chippendales features the acting talent of Kumail Nanjiani in the lead role. Kumail Nanjiani is a Pakistani actor best known for his role in Silicon Valley and for co-writing Pam & Tommy.

The cast includes Murray Bartlett, Annaleigh Ashford, Dan Stevens, and Juliette Lewis. Here is the complete list of the cast of Welcome to Chippendales:

Hulu is considered the best streaming option in the United States. The streaming service has given us Only Murder in the Building, Candy, The Kardashians, Hellraiser, and more.

The Walt Disney Company owns Hulu, and sharing content between the platforms is a usual practice. After the acquisition, we saw several Disney titles available on Hulu, like Modren Family, The Walking Dead season 11, and Grey’s Anatomy.

Here are some tv shows coming to Hulu this month that you should check out, Planet Sex with Cara Delevingne, Fleishman Is in Trouble, God Forbid: The Sex Scandal That Brought Down a Dynasty, and The Hair Tales.

Welcome to Chippendales has everything from exotic dancing and entrepreneurial dreams to mayhem and murder. If you are a fan of biographical series, you should give this one a chance and add it to your list of shows to watch on Hulu this November.