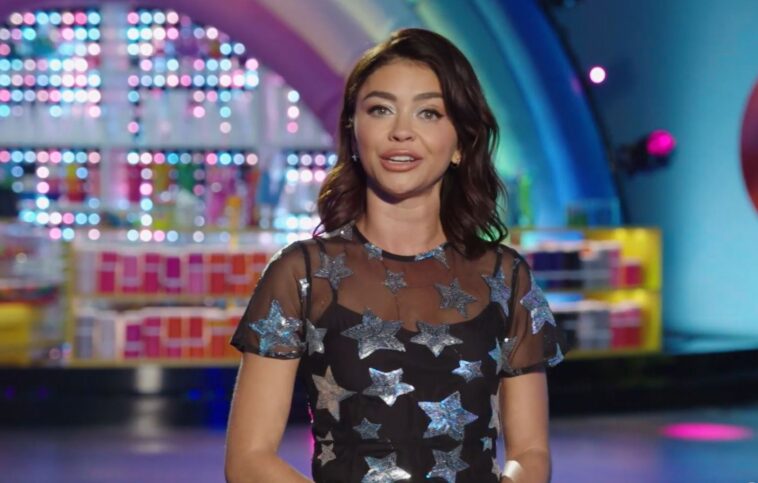 The holidays are just around the corner, which means ‘tis the season for streaming platforms to roll out their latest slate of wholesome television shows that pull at your heartstrings and bring a smile to your face. Play-Doh Squished fulfills that purpose with its exciting challenges designed to test the creativity and artistic skills of the participants, with each episode following a unique theme.

Hosted by Modern Family alum Sarah Hyland, the reality television competition is heading to Amazon Freevee on November 11, 2022. It is based on the holiday special of the same name that aired in December 2021 and received positive reviews from the viewers. Here is everything we know about Play-Doh Squished and how to watch it in Canada.

Where to watch Play-Doh Squished in Canada?

Play-Doh Squished is heading to Amazon Freevee exclusively in the United States. If you are in the US and wish to watch Play-Doh Squished for free, Log in to Prime Video with your id and watch it.

Since Amazon Freevee is not accessible in Canada, you have to use a workable VPN to access it. We recommend getting ExpressVPN to watch Play-Doh Squished from Canada.

How to watch Play-Doh Squished in Canada on Freevee

Play-Doh Squished was released on IMDb TV in 2021 and is rebranded and coming to Amazon Freevee. The series will stream exclusively in the United States, and if you wish to watch it from Canada, follow these steps:

The reality tv show is heading to Amazon Freevee and is set to premiere on November 11, 2022. The series will stream exclusively on Amazon Freevee in the United States, the UK, and Germany.

Play-Doh Squished will see teams of adults and children face off in a series of exciting challenges, where they will be asked to present exclusive creations to the judges made out of – you guessed it – play dough! The contestants will use their artistry to roll, flatten, and shape the putty to create something incredible in record time.

Who Will Judge Play-Doh Squished?

Playdough expert Jason Loik will oversee each episode of Play-Doh Squished. Meanwhile, Hyland will be joined by judges Gil Grimmett and Alexandra Nechita, who will analyze the fantastic items created by the participants.

Several guest judges will also drop by throughout the season to make the show even more exhilarating. From Hyland’s Modern Family co-star Julie Bowen to her real-life husband Wells Adam, get ready to see a lot of familiar faces on the upcoming reality television series.

The Format of Play-Doh Squished

The contest has a straightforward format. Each episode will feature three teams consisting of adults and children, who will compete against each to become the Play-Doh champs! The show will be split into three segments: a mini-challenge, a race in the vibrant arena, and the final round that will have the participants craft an epic play dough marvel.

While one team will be crowned winner, the rest will watch their creations get squished.

Amazon Freevee is developing new content to expand its free user base. The streaming service has developed High School and Judy Justice season 2 in the recent past, and several other shows are in the pipeline.

You can also access Hulu from Canada with ExpressVPN. Hulu does not need any introduction, it is the best streaming service in the United States, but the streaming service is restricted to US consumers. Hulu has developed reality shows like Bachelor in Paradise, Hotties, The Kardashians, and more.

You can also change Netflix regions with ExpressVPN and stream a number of movies and shows which are not available in your library. If you are into comedy, check out Friends, Brooklyn 99, The Office and Rick and Morty Season 6.

As far as reality television competitions go, the fun and artistic concept behind Play-Doh Squished makes it a perfect show to watch with your family during the holiday season. Apart from being colorful and cheery, the episodes also focus on arts and crafts in a rather creative manner. So, make sure to stream it on Amazon Freevee from Canada.

We have tested ExpressVPN to watch Freevee from Canada and it worked. Therefore we highly recommend it to all our readers.