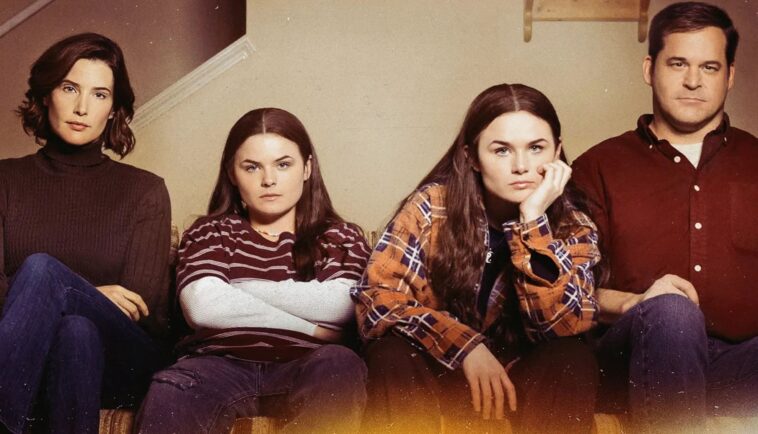 Based on the New York Times bestselling memoir of the same name, High School is an upcoming television series that tells the story of indie pop duo Tegan and Sara Quin. It focuses on the challenges of growing up with a twin while trying to find your own identity, successfully capturing the struggles many young people face at the cusp of adulthood – especially those who have to embark on this journey alongside someone whose experiences are a tad too similar.

Co-written by Clea DuVall and Laura Kittrell, who also serve as its showrunners, High School will premiere on Amazon Freevee on October 14, 2022. It stars TikTok influencers Railey and Seazynn Gilliland in the lead roles, along with Olivia Rouyre, Esther McGregor, Brianne Tju, Amanda Fix, Geena Meszaros, Nate Corddry, CJ Valleroy, and Cobie Smulders.  If you are wondering where to watch High School in Canada, Amazon Freevee is your stop.

High School is heading to Amazon Freevee in the US, the first season is set to premiere on October 14, 2022, and if you wish to watch High School in Canada, you can watch it on Freevee with ExpressVPN.

Since Amazon Freevee is only accessible in the US, you will need a VPN to access it.

How to watch High School (2022) in Canada on Amazon Freevee

Amazon Freevee, the new Amazon free streaming platform, has been launched and offers some engaging content. However, the streaming service is restricted only in the United States, and to access it from Canada, you will need a workable VPN.

Follow these steps to unblock Freevee in Canada and watch High School:

The trailer for High School got released on Amazon Freevee’s YouTube channel and has manged to gain 22 thousand views in a month.

Tegan and Sara are two sisters born and raised in Canada who went on to become one of the most renowned indie pop and indie rock duos. However, before they became known for their incredible music and received critical acclaim for their albums, the identical twins went through a period of self-discovery that shaped them into the people they are today.

It is Told Through the 90s Culture

High School is set against the backdrop of the 90s – an era is known for its grunge and rave culture. Since the sisters formed their musical duo in 1998, the coming-of-age series will capture their most formative years as they discover more about themselves and the person with similar features who lives down the hall.

A Closer Look into the Sisters’ Childhood

Tegan and Sara may look alike, but their personalities are poles apart. While Tegan is outgoing and confident, Sara is sensitive and reclusive. Although their extroverted and introverted personalities may collide often, the 15-year-olds begin to learn about their vulnerabilities and gain self-assurance through playing music.

A Story of Family, First Loves, and First Songs

Teenage years are about experiencing your firsts – your first love, heartbreak, and in this case, first songs. Tegan and Sara’s early years were also shaped by their mother, Simone, who is equally sharp, witty, aspirational, and supportive. Meanwhile, their mother’s boyfriend and almost-step-dad, Patrick, is a gentleman.

The first season of High School is set to premiere on October 14, 2022. The series is heading to Amazon Freevee and can be streamed with ExpressVPN from Canada.

A VPN lets you bypass geo-restricted websites and streaming services to watch your favorite movies and tv shows. Here are few of them:

If you love Tegan and Sara or simply appreciate their music, you should check out High School on Amazon Freevee. This eight-episode series will focus on self-discovery, music, family, friendships, love, and much more.

Watch High School 2022 on Amazon Freevee in Canada with ExpressVPN. We have tested ExpressVPN to unblock geo-restricted websites and streaming services and it worked perfectly. Therefore we highly recommend getting an ExpressVPN subscription to all our readers.