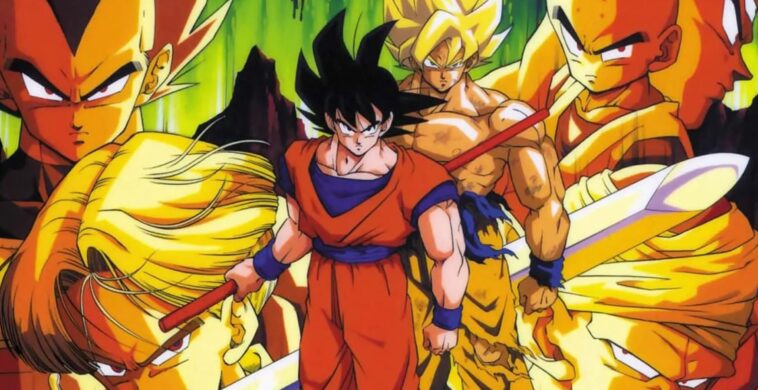 The Japanese anime popular tv show Dragon Ball Z is created by Toei Animation. It is a sequel to the Dragon Ball entertainment universe, a prequel to the 1986 anime saga, and an adaptation of the final 325 episodes of the Akira Toriyama-penned Dragon Ball manga. The show was telecasted on Fuji TV in Japan. It was eventually dubbed for international distribution in 81 countries. Two follow-up television series, Dragon Ball GT (1996–1997) and Dragon Ball Super were produced after Dragon Ball Z. (2015–2018). If you are here to find out if Dragon Ball Z is on Netflix or not, then you have landed on the right page.

Is Dragon Ball Z on Netflix?

All seasons of Dragon Ball Z were available on Netflix in the past, but due to the copyrights, it was removed in 2022. But don’t worry, we will ensure that your quench to watch Dragon Ball Z is satisfied after reading this blog

A number of websites have written in their blog, “you can watch Dragon Ball Z on Netflix with ExpressVPN and a Japanese IP address.” That is incorrect, and Dragon Ball Z has been removed from Netflix.

How to Watch Dragon Ball Z on Netflix| The Alternate

All seasons of Dragon Ball Z were previously available on Netflix. At the start of 2022, Dragon Ball Z got removed from Netflix. But don’t worry, we got you covered. You can watch Dragon Ball Z on Funimation for free.

All you need to do is to sign up on Funimation with your email id, and you are all set to watch Dragon Ball Z online. Follow these steps to get a detailed understanding:

Note: All seasons and episodes of Dragon Ball Z are available in the US library of Funimation. If you are in Canada, the UK, or Australia, you won’t find Dragon Ball Z without ExpressVPN.

Dragon Ball Z is a continuance of Goku’s adult life while tracing the development of his kid Gohan, several Dragon Ball heroes, and more. The Saiyans are an almost extinct alien warrior species, and Goku and Raditz are both Saiyans.

The only surviving Saiyan warriors, Vegeta and Nappa, go to Earth in a spaceship with a humanoid alien named Raditz, who finds Goku. He tells him that he is his long-lost elder brother. Goku was sent to Earth by the Saiyans as a child to conquer the world on their behalf. Soon after arriving, he received a severe head injury, which caused him to lose all memory of his purpose and his brutal Saiyan nature.

As Goku and his friends protect the Earth from enemies like aliens, androids, and mystical creatures, Dragon Ball Z continues Goku’s adult-life adventures. The plot also follows the growth of Piccolo and Vegeta, his nemeses, as well as the journey of his son Gohan.  The first Dragon Ball series followed Goku from teenage life into adult life.

The difference between the two is essential since the subsequent series adopts a more tragic and suspenseful theme. Dragon Ball Z begins five years after the Dragon Ball anime’s conclusion. Additionally, the anime includes people, circumstances, and storylines that are absent from the original manga.

If you are into anime, then Netflix has a lot to offer. Here is a list of the best anime on Netflix to satisfy your anime love:

The Japanese edition of Dragon Ball Z was on Netflix and enjoyed enormous popularity, with a series-wide average viewership rating of 20.5%. Additionally, Dragon Ball Z emerged as a rating triumph in the US, topping popular shows like Friends and the X-Files in some regions of the nation. In IGN’s “Top 100 Anime Series” and Wizard publication’s “Top 100 Best Anime Series” lists, Dragon Ball Z is ranked as the 78th best anime program and 50th best overall.

Despite multiple modifications and re-releases, along with a revamped transmission dubbed Dragon Ball Z Kai, Dragon Ball Z has managed to maintain its status as a cultural classic. Dragon Ball enthusiasts at San Diego Comic-Con broke the record for the most significant Kamehameha strike maneuver ever.