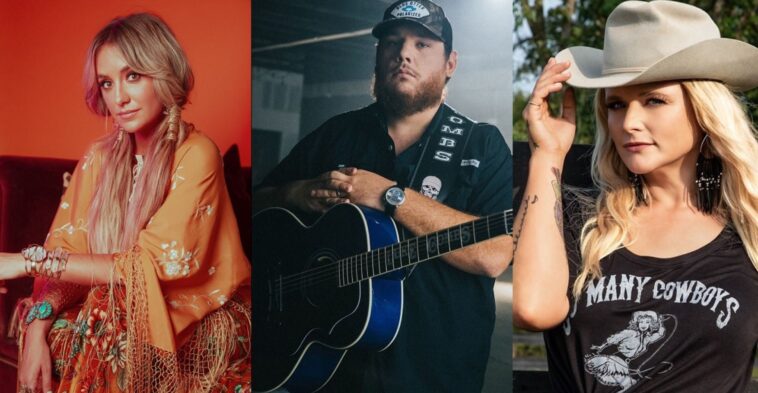 The biggest night of country music is finally around the corner! The 56th Annual CMA Awards will air on ABC on November 9, 2022, featuring a star-studded lineup of some of the greatest names in the entertainment industry. The highly anticipated award show will take place at Bridgestone Arena in Nashville, Tennessee.

The event will celebrate the most famous artists in country music by presenting them with major accolades, including Entertainer of the Year, Males and Female Vocalists of the Year, Vocal Group of the Year, Album of the Year, Music Video of the Year, and more. Let’s take a look at what the 2022 CMA Awards has in store for its fans this year.

If you are wondering where to watch CMA Awards 2022 in Canada, we have prepared this guide for you, so read to the end.

Where to watch 56th CMA Annual Awards in Canada?

The CMA Awards 2022 is officially broadcast by ABC studios. The awards will stream on abc.com and on Hulu with a delay of one day. November 9th is the premiere date for the CMA Awards, and if you are looking to watch this event in the US, just open abc.com or watch it on Hulu.

In Canada, there is no official broadcaster for the CMA Awards. However, you can still stream the CMA Awards for free on abc.com with ExpressVPN.

How to watch CMA Awards 2022 in Canada on ABC

ABC, the American Broadcasting Company, is one of the biggest studios in the entertainment business. ABC.com is only accessible from the United States, and you must use a workable VPN if you want to access it from Canada.

Follow these simple steps to watch CMA Awards from Canada:

The CMA Awards for 2022 is set to premiere on ABC on November 9, 2022. We are expecting exceptional performances from artists from around the world. The AMA Awards are also scheduled this month on ABC, and Puerto Rican has been nominated in more than seven categories.

Who Is Hosting the 56th Annual CMA Awards?

Renowned country singer and two-time Entertainer of the Year award recipient Luke Bryan will host the CMA Awards this year alongside Peyton Manning, one of the greatest NFL quarterbacks in history. Interestingly, this will be Bryan’s second year hosting the event, while Manning will take on the duty for the first time.

The CMA Awards will open with a heartrending tribute to Loretta Lynn, the legendary singer-songwriter who passed away last month at the age of 90. It is also important to mention that Alan Jackson is set to receive the esteemed 2022 Willie Nelson Lifetime Achievement Award during the ceremony.

Meanwhile, the crown of the most-nominated artist this time goes to Lainey Wilson, who has been selected in six categories. Country music icons such as Carrie Underwood, Luke Combs, Carly Pearce, Chris Stapleton, and Ashley McBryde have also been nominated for the upcoming event.

Who Will Perform at the CMA Awards?

Who is nominated for Entertainer of the year in the CMA Awards 2022?

Who is nominated for Single of the year?

Which Album of 2022 is nominated for Album of the year?

Selecting a single album for the Album of the year award is difficult, here is the list:

Which songs are nominated for song of the year in CMA 2022?

Female vocalist of the year

Male vocalist of the year

Vocal group of the year

Vocal duo of the year

New artist of the year

Don’t miss out on the 56th Annual CMA Awards, as it will be filled with incredible performances by country powerhouses, heart-touching tributes, tear-filled speeches, and lots of other memorable moments. So, tune into ABC on November 9, 2022, to watch the event live.