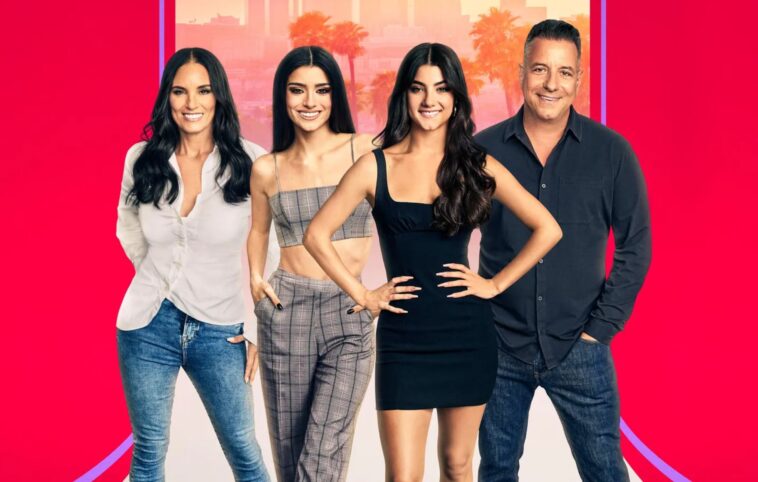 Reality television shows about famous families don’t always have to be filled with chaos, drama, and displays of extravagance – and The D’Amelio Show is proof of that. The documentary-style series revolves around the lives of TikTok’s famous D’Amelio sisters, Charli and Dixie. It also features their parents, Heidi and Marc, showcasing their struggle with their new-found popularity and the pressures that come with it.

Executive produced by Eli Holzman and Aaron Saidman, The D’Amelio Show debuted on Hulu on September 3, 2021. The eight-episode series became an instant hit among the fans of the social media stars, leading the streaming platform to renew it for a brand-new season. If you are here to find out where to watch The D’Amelio Show season 2 in Canada, you have landed on the right page.

Read More: How to watch Love Island Australia Season 4 for Free in USA and Canada

The second season of The D’Amelio Show is set to premiere on Hulu in the United States. Since Hulu is not availabe in Canada, you have to use a VPN to change your IP address and watch The D’Amelio Show season 2 from Canada.

ExpressVPN has highly optimized servers in more than 28 US locations, perfect for watching The D’Amelio Show season 2 on Hulu from Canada.

After connecting to a US IP address, open Hulu in your browser or in-app and search “The D’Amelio Show season 2” from Canada. You can now see the series in front of you, so enjoy.

Where to watch The D’Amelio Show season 2 for Free in Canada?

The YouTube channel of Hulu released the official trailer for The D’Amelio Show Season 2 on September 6, 2022. The clip shows the sisters taking the social media landscape by storm while doing what they love and trying to live their life to the fullest.

The D’Amelio Show presents viewers with a front-seat view of the lives of Charli and Dixie D’Amelio. Originating from Connecticut, the family moved to Los Angeles and presently leads an exciting life dealing with their swift rise of internet stardom and the challenges of being a social media sensation.

Although the show does not have much drama, it does focus on the anxiety many influencers struggle with and how navigating through hate comments online can be a traumatic experience, especially when you are still young and new to the industry, like the D’Amelio sisters.

However, despite the ups and downs, the family remains as tight-knit as ever. While the sisters explore their individual passions, the parents continue to support their daughters while trying to get acclimated to their new way of living.

The previous season showed Dixie trying to break into the music industry while Charli struggled to maintain her career as an influencer and perfect her dance moves. The upcoming season of the series will focus on the two young women trying even harder to achieve their goals while learning how to handle public relations and manage their fame.

The D’Amelio season 2 is heading to Hulu and ABC in the US. The series has a rating of 2.5/10 on IMDb based on 1.4k user reviews and an audience score of 53% on Rotten Tomatoes.

The D’Amelio season 2 has a limited number of actors, and here is a list of them:

The second season of D’Amelio will consist of ten episodes. The first two episodes will release on September 28, 2022, on Hulu, with the remaining to follow on a weekly basis.

The first two episodes are “Somewhere to Start” and “The Time of My Life.”

Hulu is one of the best streaming services in the US. Here are the top trending tv shows on Hulu you should check out:

If you like witnessing what its like to be a celebrity and how they deal with anxiety and depression, watch The D’Amelio Show in Canada on Hulu. We have tested ExpressVPN with Hulu, HBO, and several other geo-restricted services, and it worked.

Therefore we highly recommend getting an ExpressVPN subscription to unblock geo-restricted content online and stream your favorite movies and tv shows.