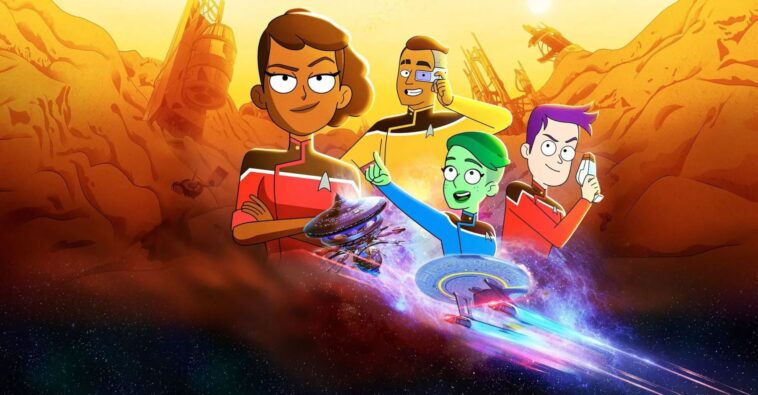 The first animated series in the Star Trek Universe since the 1970s, Star Trek: Lower Deck is an adult comedy that revolves around the support team working on the USS Cerritos, one of the less significant ships in Starfleet. Set in the year 2380, the science fiction series chronicles the adventures of low-ranking officers responsible for menial tasks.

Created by Emmy Award winner Mike McMahan, Star Trek: Lower Decks first aired on CBS on August 6, 2020. It later moved to Paramount+ for its second season, which aired on August 12, 2021. The animated series’ third season is heading to the streaming platform on August 25, 2022. It will comprise ten episodes.

How to watch Star Trek: Lower Decks Season 3 in Canada on Paramount+

If you reside in Canada, then follow these simple steps to watch Star Trek: Lower Decks season 3 on Paramount Plus:

How to get a Paramount Plus subscription from Canada?

Paramount Plus is expanding its reach and is now available outside the US in several countries. If you can’t find Paramount’s availability in Canada, then follow these steps:

The trailer of Star Trek: Lower Decks Season 3 was unveiled at the San Diego Comic-Con on July 23, 2022. The clip shows the crew facing off against new foes while protecting their starship.

Season 3 of Star Trek: Lower Decks will continue to focus on the varied missions and voyages undertaken by the lower deck crew aboard the USS Cerritos. Picking up right after the startling ending of the dramatic cliffhanger finale of season 2, the series will showcase the multi-species team facing a new wave of difficulties in ways they could have never imagined.

The showrunners have been quiet about the specifics of the upcoming season. However, the official synopsis and the interviews by some of the cast members have hinted that the new episodes will surely excite the fans of the Star Trek franchise.

Star Trek: Lower Decks has received mixed-to-positive reviews from critics upon its first release. In addition, it has received a Primetime Emmy Award nomination. The series also scored 83% on Rotten Tomatoes and 7.3/10 on IMDb based on 16k user reviews.

There is a ton of content you are missing out on due to geo-restrictions. Here are some movies and TV shows you should check out:

If you are into anime, then this show is for you. Watch Season 3 of Star Trek: Lower Decks from Canada on Paramount Plus with ExpressVPN. We have tested ExpressVPN to unblock HBO Max, Hulu, and several other streaming services, and it worked flawlessly. Therefore we highly recommend it.