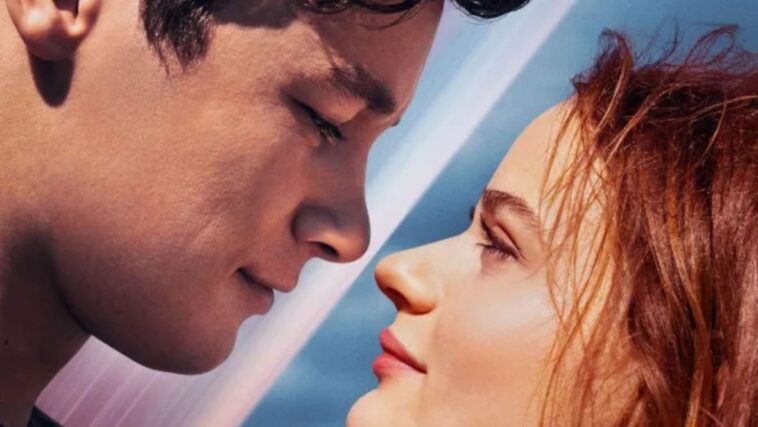 This entry is for the fans of both the supernatural/horror and the romance genre.  We are talking about the movie, The In Between, a 2022 supernatural romance on it’s way to a Paramount+ release in February of 2022 – 11th February to be exact.

The movie is directed by Arie Posins, while the writing work has been accredited to Marc Klein, since the movie is an adaptation of his novel from June 2021. The movie stars Joey King as Tessa and Kyle Allen as Skylar. The Paramount+ exclusive also stars John Ortiz as Mel, Kim Dickens, Diane Rodriguez, and Celeste O’Connor as Tessa’s best friend.

The romantic supernatural fiction follows the life of a teenage girl, Tessa (played by Joey King), an aspiring photographer, who falls in love with a Skylar, a senior from a neighboring town and a hopeless romantic. While the couple is having the time of their lives, tragedy strikes their lives as Skylar loses his life in an accident while Tessa survives the same. While it would appear this is how this short but sweet love story met its tragic end, it turns out to be a start of another sorts, as Tessa encounters events that convince her Skylar is trying to contact her from his afterlife.

How to Watch The In Between in the UK on Paramount+

Unfortunately, if you are residing in the United Kingdom you can not access Paramount+. This is because Paramount Plus is not yet launched in the UK and the movie will exclusively stream on Paramount+.

But don’t worry, follow these simple steps to stream In Between on Paramount+ in the UK:

How to get a Paramount+ account in the UK?

Unfortunately, The In Between has no ratings from the critics at the moment, since the movie hasn’t premiered yet. However, the original book was well-received across the world and got positive reviews including a 3.8/5 on Goodreads. Based on that, its cast, and its official YouTube trailer, it’s safe to assume The In Between is going to get favorable remarks from both the critics as well as the fans searching their Paramount+ app for supernatural/romantic content.

What Else Can I Watch on Paramount+

Paramount Plus holds superhit tv shows and movies, which you can access Paramount+ content with a VPN. Here is a list of movies and TV shows you should watch in 2022.

The In Between – Trailer

The In Between – Cast

The In Between – Genre

The In Between – Motion Picture Ratings

If you are into the love and romance genre this movie is for you. Enjoy the thriller on Paramount+ from the UK with a VPN. There is no other way to stream the movie from outside the US except Paramount+ and with a Paramount Plus account, you can unblock a whole universe of content including Big Nate, Love Tom, The fairly Oddparents, and more.