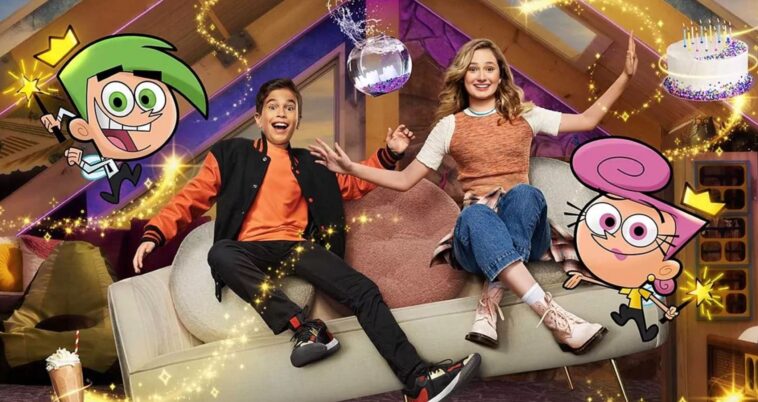 Today’s post is going to be about The Fairly OddParents: Fairly Odder, an American
sitcom set to release on 31 st March 2022, exclusively on Paramount+. As most fans are
already aware, the said sitcom is a live TV adaptation of the hugely popular Nickelodeon
show, The Fairly OddParents, which ran for a total of 10 seasons from 2001 till 2017.

How to Watch The Fairly OddParents: Fairly Odder in New Zealand

But don’t worry we got you covered, follow these simple steps to stream The Fairly OddParents: Fairly Odder in New Zealand.

How to Get a Paramount+ Subscription in New Zealand

Paramont+ is set to launch this year in New Zealand, but until then you can not stream some of the most popular TV shows that are on Paramount Plus, like the 1883 Yellowstone prequel.

With a VPN you can get a Paramount+ account in New Zealand with ease, just follow these simple steps:

What Else Can I Watch on Paramount+ in New Zealand

The Fairly OddParents: Fairly Odder’s trailer was first aired on YouTube in late February 2022 and showed Vivian “Viv” Turner trying to adjust to life with his new Stepmother and her son and Viv’s new stepbrother, Roy as a live-action version of Timmy reveals Cosmos and Wanda to the two from which point, things start getting wackier with each second of the trailer.

The original animated series was about Timmy Turner, a kid neglected by his parents and being a victim of his babysitter’s troublemaking who one day finds two godparents Cosmos and Wanda, both of which try to make his life better by granting his wishes.

This live-action adaptation will not follow the life of Timmy. Instead, it will take place years after the events of the first twenty seasons and will focus on the life of Timmy’s cousin, Vivian AKA Viv Turner and her stepbrother, Roy, as they go through their early life challenges with their newly-found godparents, Cosmos and Wanda, courtesy of a now older Timmy.

Plans for Fairly Odder were goes back to February 2021 when Butch Hartman and Fred Seibert, the original producer and executive producer behind the series, were confirmed to return as producers for the show’s live-action version with Christopher J. Nowak being both an executive producer and the showrunner. The production was put to execution on July 2021.

The show is set to air on March 31, 2022, so as of this writing, there’s no news about it’s reception from any fan or critic. However, based on the view-count on its trailer videos and based on the reaction people are showing in the comments section as well as on social media, it looks like this show might not be able to perform well among the audience that grew up watching the vanilla animated version of The Fairly OddParents

Rest assured, once we get official coverage from sites like Rotten Tomatoes and IMDb about how it is being received by fans and critics, we will surely update this section of the post to reflect the show’s critical score and the opinion of the audience. Until then, keep visiting The StreamBible.

The bottom line is The Fairly OddParents: Fairly Odder is going to release on Paramount Plus on 31st March 2022 and you can stream it in New Zealand with a VPN. The show will be available on rent on Amazon Video, Apple iTunes, and Google Play Movies after its completion on Paramount+.