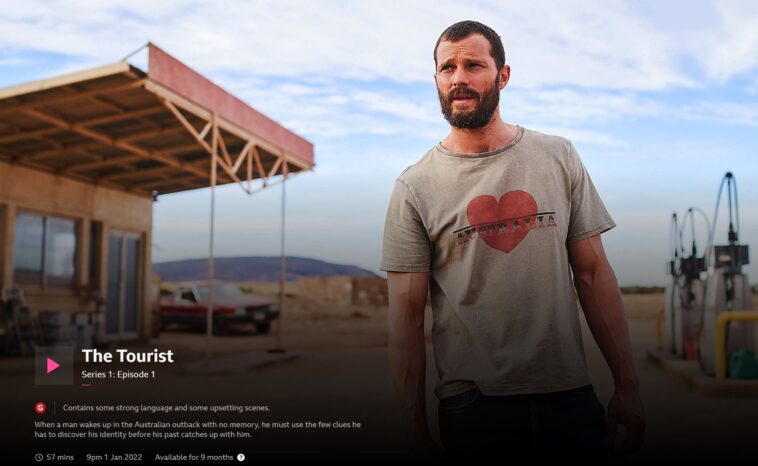 The Tourist is a 2022 television series written by Harry and Jack Williams and directed by Chris Sweeney. The show is co-produced and has already premiered on BBC One in the UK, on ZDF in Germany, and on Stan in Australia. It’s also making its way to HBO Max on 3rd March 2022 and this blog deals with how you can stream The Tourist on HBO Max if you’re not from the UK or the US.

The Tourist is the story of a man who lost his memory in a car accident. The TV series is available on a number of VOD platforms to stream, but if you are wondering where you can watch The Tourist for Free then just follow these steps.

What Else Can I Watch on BBC iPlayer in UK and Abroad?

When it comes to movies and TV shows, BBC iPlayer should be your go-to place. iPlayer offers free content to everyone living in the UK and for those who are not in UK, they use a VPN and stream BBC iPlayer from USA or Abroad.

You can watch the following TV show and movies on iPlayer:

Where Else Can I Watch The Tourist Online?

The Tourist was released on 1st January 2022 and is widely available on a number of streaming services, some of them are listed below:

The project was confirmed in the February of 2020 when Stan and BBC One announced they would be coproducing a limited series of a mystery thriller. HBO later joined as one of the co-producers and has the right to the US market.

Filming for the TV show began in March 2021 and on December 1, 2021, BBC uploaded an official trailer on its YouTube account. The trailer for HBO Max first aired on YouTube on February 10, 2022.

The Tourist revolves around Jamie Dornan’s character in the series known simply as The Man. The series follows The Man losing his memories in a car accident and then waking up at a hospital bed in Australia. He must now use whatever clues he has to figure out his own identity before his past catches up to him.

The show has already aired in some parts of the world like Australia and the UK. It has a total view count of 18 million to its name and is the third in all-time best drama launches in terms of views. The English-Australian suspense-thriller also has a perfect rating of 100% on Rotten Tomatoes so far while on IMDb, it has a rating of 7.1/10. It also has an extremely postive score of 85% on Metacritic.

If you loved movies and TV shows that focus on adventures with a thriller touch then this series is for you. Watch The Tourist on HBO Max in the United States and on BBC iPlayer in the UK. You can also rent the series on Apple iTunes, Google Play Movies, and Amazon Videos