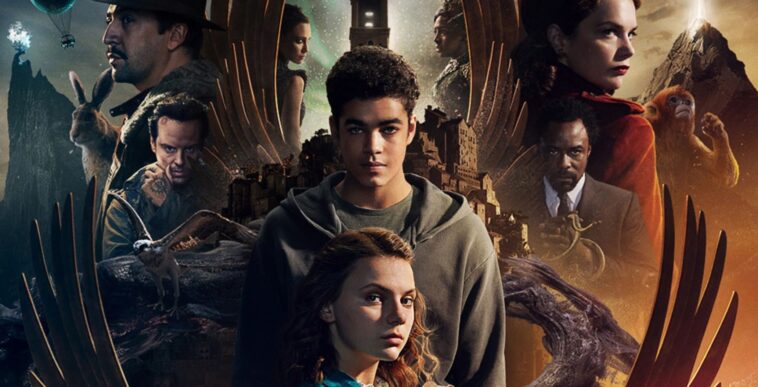 His Dark Materials is a fantasy drama television series. The series is based on the trilogy of Philip Pullman’s novel of the same name. Bad Wolf and New Line Productions produced this adventurous series for BBC One and HBO, including handling international circulation.

Where to watch His Dark Materials Season 3 for free?

The third season of His Dark Material is heading to HBO Max in the United States, and you can watch it with an HBO Max subscription. An HBO subscription will cost you around $10/m in the US.

If you are looking to watch the series for free, you have to wait a few more days because His Dark Materials Season 3 is coming to BBC on December 18. BBC is a free-to-air streaming service in the UK, and you will need a good VPN to watch BBC from the USA.

How to watch His Dark Material Season 3 in USA for free?

How to get a BBC iPlayer account in the US or Outside the UK?

Getting a BBC account in the United States and Canada becomes easy with a VPN. Just follow the steps to subscribe to BBC iPlayer from the US.

The trailer for His Dark Materials season 3 was released on BBC’s official YouTube channel. It has gained several views in no time.

The series shows Lyra Belacqua, who lives in a parallel world. The world where human souls change into lifelong animal companions called daemons. However, the dark forces are working in the girl’s world, and Gobblers have kidnapped many children. Furthermore, Lyra promises to save her best friend, Roger, when he disappears. So she starts her journey with her daemon, a tribe of seafarers, a witch, an ice bear, and a Texas airman on a monumental quest to rescue Roger and protect her world.

His Dark Materials second season has ended with a doozy of a finale that exterminates a couple of key characters. However, young heroes are also split, setting the stage for an immense conflict rather than just combat against the Magisterium and bringing back somebody who wasn’t expected to return until the last season.

Spoiler Alert: Season three will be based on The Amber SpyGlass; multiple new worlds, including the Land of the Dead”, “returning characters,” and “strange new creatures, the Mulefa and Gallivespians will be seen.

This amazing TV show’s cast includes Dafne Keen, best known for her role in Logan and Charles McDougall’s Ana. Dafne is doing the role of

The remaining main cast is listed below:

His Dark Material is a great fantasy story with a brilliant and epic cast who took the show to another level making it a worth-see series. Rotten Tomatoes rated it 81%, while IMDb gives it a 7.9/10 audience rating.

What else can you watch on BBC?

BBC is among the oldest streaming channel in the world. It has given us movies and tv shows to remember, like Sherlock, The Capture, Hidden, I May Destroy You, and Planet Sex with Cara Delevingne.

You can also watch several sports events and reality shows on BBC for free if you are located in the United Kingdom. If you reside outside the UK, get ExpressVPN and watch BBC from outside the UK.

His Dark Materials season 3 will stream on BBC iPlayer, and you can watch it outside the United Kingdom with a VPN. The series is also streaming on other OTT platforms and is also available for purchase on Apple iTunes, Amazon Video, and many others.

We have tested ExpressVPN to watch BBC, ITV and Channel 4 from outside the UK and it worked perfectly. Therefore we highly recommend it to all our readers.