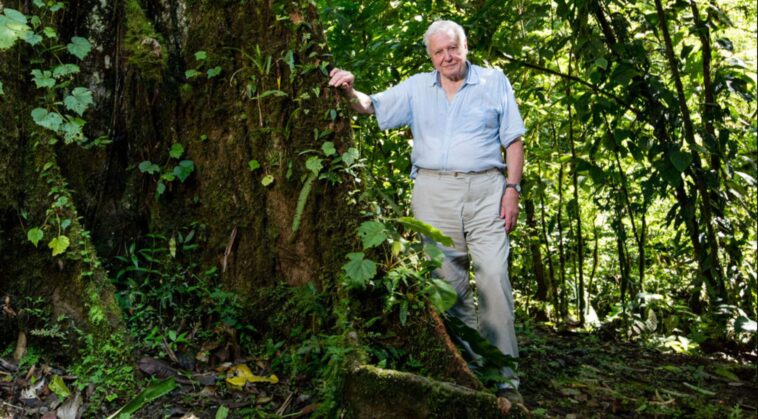 The Green Planet is a nature documentary series based on plant’s life and their correspondence with animals, humans, and the environment in 2022. BBC studio’s produced this documentary and  Sir David Attenborough presented it. If you are here to find out how you can watch The Green Planet in the US just read on.

Benji Merrison and Will Slater composed the original music. The green plant series consists of five episodes, and the first series was broadcast on BBC One on 9 January 2022, which is of 5 episodes, each based on a different natural theme and environment. Episodes were made available on-demand service BBC iPlayer and were aired internationally on other networks.

Just follow these simple steps to watch The Green Planet online outside the UK on BBC iPlayer.

Can I get a BBC iPlayer account in the US or Outside the UK?

Subscribing to a BBC account in the United States or anywhere else becomes easy with a VPN. Just follow the steps to subscribe to BBC iPlayer from the US.

Note: When you select Peaky Blinders on BBC iPlayer, it will ask you “Do you have a TV license?” just click on “Yes I have” and play the show. (BBC iPlayer does not verify)

Frequently Asked Questions to Watch The Green Planet Online in US

1- Where to watch BBC The Green Planet in the United States?

You can only watch The Green Planet on BBC iPlayer with a VPN in the US.

2- How many episodes of The Green Planet are there?

There are 5 episodes of The Green Planet streaming on BBC.

3- Will there be a season 2 of The Green Planet?

Until now there is no news confirming another season of The Green Planet. But the response it got demands another series.

4- Is The Green Planet on Netflix?

No, The Green Planet is exclusively available on BBC.

5- Can I Watch The Green Planet online for free?

Short clips from the documentary are available on YouTube to watch for free.

What Else Can I Watch on BBC iPlayer from the United States?

BBC has to offer a number of TV shows, documentaries and movies. Here is a list of content available exclusively on BBC, that can be accessed in the US with a VPN.

This series is all about nature and the life of plants as they live secretly unseen lives in their period or their beautiful world. However, they are locked in a life-and-death fight for their food, light, and healthy environment. They are as competitive, ruthless and good as animals. The first episode of the series reveals the fiercely competitive lives of tropical plants. In contrast, in the 2nd,3rd,4th episodes, they explore the” water world”, “seasonal world,” and “desert world” of plant life, and in the fifth and final episodes, they focus on the relation between the human and plant.

The Green Plant documentary revealed a magnificent and strange world of plants like never before by using new filmmaking technologies and the latest filming skills. They filmed around the globe together with Sir David Attenborough, giving rise to the first immersive, unseen,inter-connected world like never before. It was the first documentary on plant life.

The first episode of this series received 4.5 million viewer ratings in the United Kingdom and peaked at 5.4 million. The series was commended for raising awareness of environmental disturbance and climate change and encouraging the appreciation of plant life.

This series received positive reviews because of its production quality, storytelling, and environmentalist theme.

The Green Planet can be streamed online in the US, only on iPlayer. The documentary is not available anywhere else, not on rent or purchase. The bottom line is you can watch The Green Planet in US or outside the UK on BBC with a VPN.