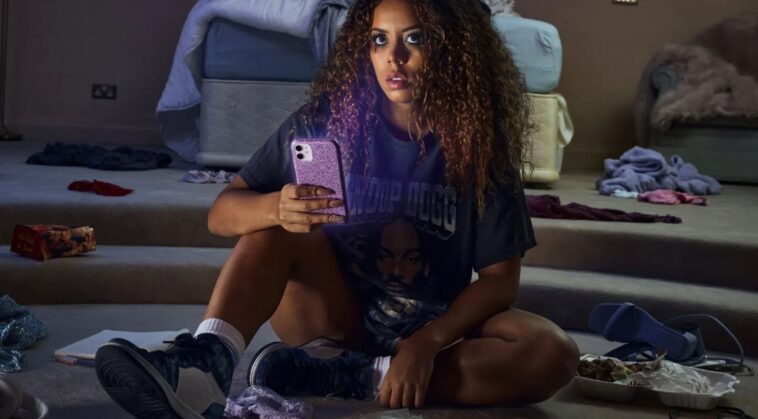 Mood (2022) is a British musical drama miniseries aired on BBC Three for the first time on March 1st, 2022. The show is an adaptation of the novel Super hoe by Nicole Lecky and the show was also written and created by Nicole Lecky. Dawn Shadforth and Stroma Cairns direct the mood.

The show consists of one season only with a total of 6 episodes. The show starred Nicole Lecky, Ebony Aboagye, Lara Peake, Jessica Hynes, and other actors in the main cast.

The series story is also not complete so it might get a second season, but there is no confirmation about the next season from BBC.

Mood (2022) is a British show which is streaming on BBC iPlayer in the UK. If you wish to watch Mood (2022) in USA and Canada, then follow these steps:

Sadly, BBC iPlayer is only available in the United Kingdom, but that doesn’t mean you can not use it from the United States or Canada. Follow the following steps to watch Mood (2022) on BBC from Canada and USA:

The show’s story follows Sasha, a wild 25-year-old East End who wants to be a singer with a minus £77 bank balance. To put it another way, she’s not going anywhere quickly. Sasha aspires to be a music superstar but is unsure how to get there.

Worse, the enticing world of internet influencers hides some nasty truths, which she will have to learn the hard way. She must strive to break herself from the allure of fame and wealth without any other options while remaining safe, sane, and out of danger. And perhaps do something for her passion for music too.

The series discovers a legitimate matter in society, especially teenagers and the young generation, as they are always in a rush for instant fame and fortune. Still, they are unaware of the dark realities they might face before getting there.

The show has an average rating of 5.8 out of 10 on IMDb, mainly because it was not a show for everyone, and it gets uninteresting in several places, but it can’t be ruled as a bad one as it covers one of the biggest fraud in our society.

BBC is ranked one of the world’s oldest and most prestigious content producers in the world. Here are some movies and tv shows you should check out on BBC:

If you like watching British drama television series, then Mood (2022) is for you. Watch Mood (2022) in USA and Canada with ExpressVPN.