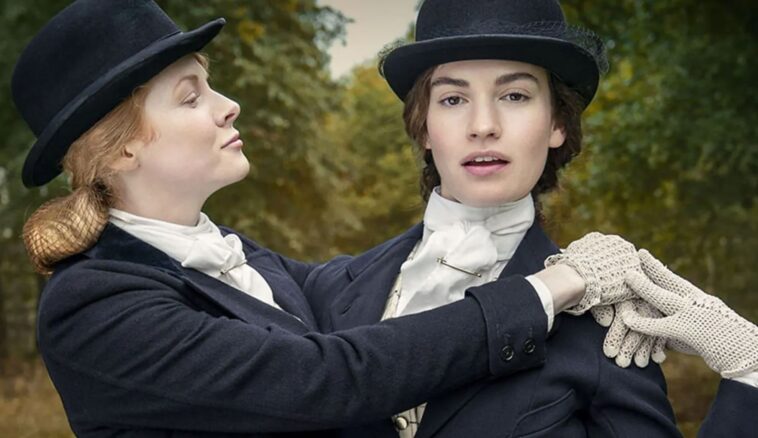 The Pursuit of Love is a British historical romance drama series on BBC One on 9th May 2021. The show consists of a single season of the show with a total of 3 episodes. The show is based on a novel of the same name by Nancy Mitford.

The show is directed by Emily Mortimer, who also serves as the show’s writer. The show has been canceled and will not be renewed for another season, as it was designed to be featured as a miniseries only. If you are wondering where to watch The Pursuit of Love in USA and Canada, read on.

The Pursuit of Love– Trailer

The Pursuit of Love– Plot & Synopsis

The story of the show sets in Europe, in the middle of the two World Wars, and follows the life of the energetic and courageous Linda Radlett, played by Lily James, and her closest friend and cousin Fanny Logan, played by Emily Beecham, on their adventures and misfortunes.

The two women search for the perfect husbands, as both of them are consumed by a desire for love and marriage. Fanny settles for a steady life, while Linda follows her heart to increasingly wild and outrageous places, putting their friendship to the test. As the country is divided by social and political differences, these girls’ differing choices pose personal concerns that are still relevant today, such as love, physical relations, freedom, and the complexities of the heart.

The Pursuit of Love– Ratings

The show received positive feedback and appreciation from UK critics and audiences. The show has a unique but interesting setting and storyline. The miniseries has a touch of philosophy, and it leaves some of the questions about life unanswered.

The character development of both Linda and Fanny is done marvelously, and both of them seem to be different people mentally at the end of the show. The show has a rating of 6.7 out of 10 on IMDb, and on Rotten Tomatoes, it has a score of 88%.

The Pursuit of Love– Cast

BBC is considered one of the world’s oldest and most prestigious content producers in the world. Here are some movies and tv shows you should check out on BBC:

We have tested ExpressVPN to unblock BBC iPlayer. HBO Max, Hulu, etc, and it worked perfectly.  Therefore we highly recommend it to all our readers.