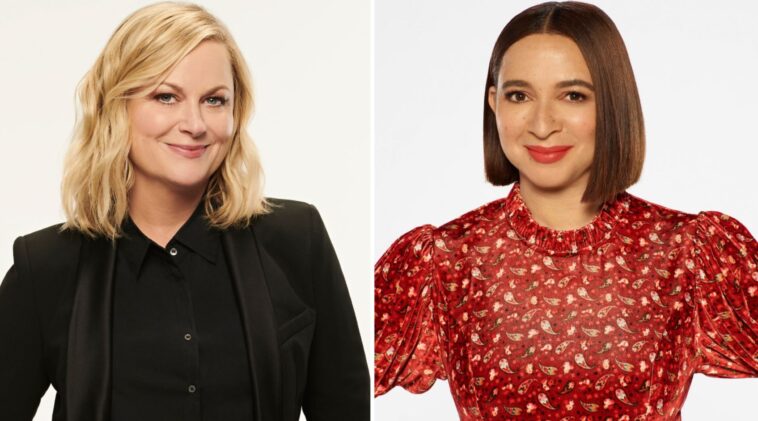 As far as baking competitions go, Baking It on Peacock certainly takes the cake for its hilarious contestants, ridiculous comedy routines, and spontaneity. The reality television series features talented home bakers who work in pairs to create mouthwatering desserts and scrumptious savory treats in order to wow the judges and win an exciting cash prize.

Hosted by Saturday Night Live stars and Emmy Award-winning actors Maya Rudolph and Amy Poehler, the show premiered on the streaming platform on December 2, 2021, with Brooklyn 99 alum Andy Samberg as a co-host. The second season of the baking competition will arrive on Peacock on December 12, 2022. Here is where to watch Baking It season 2 in Canada.

How to watch Baking It Season 2 in Canada| On Hulu

The first season of Baking It was well-received by viewers and critics. It was renewed for a second season, which is set to debut on Peacock TV in the United States on December 12, 2022.

If you reside in Canada and wish to watch the second season of Baking It, you will need a workable VPN service to change your IP address. Follow these steps to watch Baking It Season 2 from Canada:

5- Search Baking It Season 2 on Peacock from Canada.

Peacock TV is spreading its wings, but the wings are yet to reach Canada, but that does not mean you can not stream Baking It Season 2 in Canada on Peacock TV. Follow these steps to get a Peacock subscription from Canada:

Baking It is set to premiere on Peacock in the United States on December 2, 2022. The season is clubbed with the debut of Baking It Holiday Special, which will air on NBC on the same day. You can also watch Winter Love Island UK Season 9 in US in January 2023.

There is no official news on when the Baking It or Baking It Holiday Special will release in the UK or Canada. The best way to watch Baking in Canada or UK is with an ExpressVPN subscription which will cost you $6.67/m.

Feast your eyes on delicious cakes and baked goods as Baking It returns to Peacock with another great season of fun, laughter, incredible food, and holiday-themed challenges. Poehler and Rudolph will also fine-tune a new song to make the upcoming season more enjoyable. So, stay tuned.

After receiving three Emmy Award nominations for her impressive hosting skills on Making It, Poehler is bringing her unique charm and witty quips to its companion series Baking It. Although Samberg elevated the show with memorable remarks and unrivaled energy, his predecessor will hopefully continue to draw laughs with each episode.

How Does the Show Work?

Baking It Season 2 will feature a diverse group of contestants with incredible skills and passion for conquering the baking world. The participants go toe-to-toe with each other to bake the best food item while keeping in line with the instructions and the theme of the challenge. The winning team can take home the grand prize of $50,000.

Meet the Panel of Judges

The contestants not only have to please the hosts with their creations, but they must also impress the four resident grandmothers, who can be a lot more judgmental than most critics one may come across. The esteemed judges include Norma “Bubbe” Zager, Anne “Grandma” Leonhard, Harriet “Nana” Robin, and Sherri “Gigi” Williams.

Who is Hosting Baking It Season 2

Maya Rudolph and Amy Poehler will host the second Baking It season. Andy Samberg hosted the first season with Maya and was replaced by Amy for the second season.

Maya Rudolph is an American actress and comedian best known for her role in Bridesmaids and Grown Ups. She has previously co-hosted Maya & Marty with Martin Short.

Peacock has emerged as one of the best streaming services in the US, competing with Hulu and Netflix. Here are some movies and tv shows you should check out on Peacock:

The streaming service has a diverse collection of content, from docuseries like The Hillside Strangler: Devil in Disguise, The Rebellious Life of Mrs. Rosa Parks and Prince Andrew: Banished to teen shows like One of Us Is Lying and They/Them.

The chemistry between Rudolph and Poehler has always been off the charts. Therefore, one can only assume how incredible they will be on Baking It once they join forces. Combined with the sassy grandmas and eccentric contestants, the new season of the baking competition is going to be epic. So, make sure to tune into Peacock on December 12, 2022, to watch the show.

Still, wondering where to watch Baking It season 2 in Canada? We have explained the best possible way to watch it. We have tested ExpressVPN to watch Peacock from Canada and Mexico, and it worked flawlessly. Therefore we highly recommend it to all our readers.