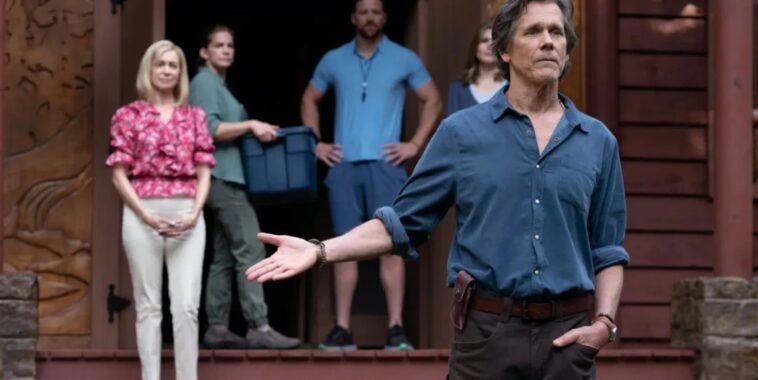 An ode to the old-school slasher flicks, They/Them is an upcoming horror movie that gloriously provides a queer perspective on the popular genre by letting the members of the LGBTQ+ community take center stage. Set in a gay conversion therapy camp haunted by a mysterious killer, this film will keep the viewers on the edge of their seats for its entirety.

Produced by Blumhouse Productions, They/Them is the directorial debut of John Logan, who has also penned the script. Moreover, its list of producers includes Jason Blum and Michael Aguilar. The movie was first screened at the Outfest Film Festival on July 24, 2022. However, you can stream it on Peacock from Canada on August 5, 2022, after reading this guide.

How to watch They/Them on Peacock TV from Canada

They/Them is an upcoming LGBTQ+ tv show that will stream exclusively on Peacock in the United States. If you reside in the US, all you need is an active Peacock account, and you are all set to watch They/Them online.

For Canadian streamers, you need a VPN subscription to change your IP address to US and watch They/Them in Canada on Peacock TV. Follow these simple steps:

How to get a Peacock TV account from Canada or UK

Peacock TV is unavailable in Canada, but this can not hold you back from watching They/Them in Canada. Follow these steps to get a Peacock TV account from Canada:

The YouTube channel of Peacock released the teaser trailer of They/Them on June 22, 2022. The clip, which is just over a minute long, starts with a group of young individuals arriving at Camp Whistler on a bright and sunny day. However, things soon take a dark turn.

They/Them revolves around a group of LGBTQ+ campers who arrive at a gay conversion therapy camp called Whistler Camp. The place is run by a man named Owen Whistler, and while he promises the teens they will experience a new type of freedom by the end of the week, things begin to go sideways almost immediately.

In a traditional slasher fashion, a mysterious figure starts murdering people at the camp. It gives the queer youth a chance to create their own narrative as they struggle to survive the camp and emerge as heroes.

However, mindless killings are not the only sinister things happening at Camp Whistler. The movie pulls no stops in showing how young people from the LGBTQ+ community are psychologically tortured at gay conversion camps, thus creating a harrowing juxtaposition that shows how conversion therapy is outright inhumane and evil.

Since They/Them is yet to release, its ratings are not currently available. However, the movie received generally positive reviews from critics following its full-theater screening.

What else can you watch on Peacock TV from Canada:

Peacock is spreading its wings in every direction, from premium content development to stepping foot in more countries. Here is some content you should check out on Peacock TV: