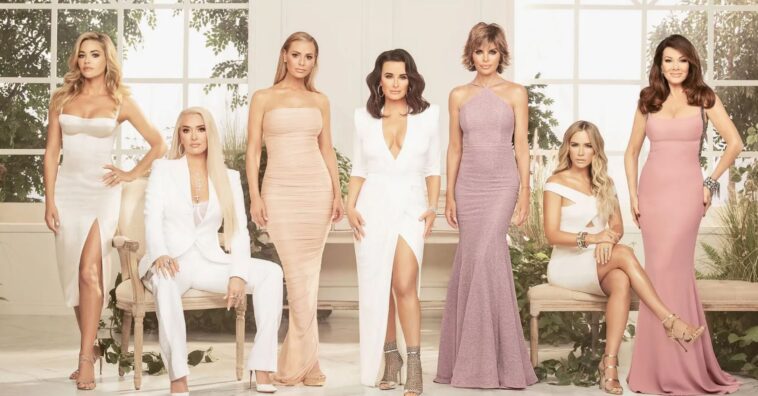 The Real Housewives of Beverly Hills consists of 12 seasons. The show’s first season premiered on Bravo on October 14, 2010, whereas the latest season started airing on May 11, 2021. Created by Scott Dunlop, the series revolves around the private and professional lives of socialites, actresses, models, business executives, and television personalities.

Note: 12 seasons of The Real Housewives of Beverly Hills are available on Peacock TV and 11 on Hulu

Peacock TV is spreading its wings but has not reached Canada. But don’t worry we got you covered. Follow these steps to get a Peacock subscription from Canada:

The trailer for the Real Housewives of Beverly Hills Season 12 premiered on YouTube on April 7, 2022. The clip starts with a bird’s eye view of the prosperous neighborhood with a voice-over from different housewives lamenting about their friendships and lives.

The trailer then shows a montage of the contestant spending millions of dollars on jewelry, having deep conversations, dining and creating a scene at fancy restaurants, and spending time with their families amidst tons of ongoing drama.

The Real Housewives of Beverly Hills follows a group of wealthy women as they enjoy their extremely luxurious lives in the city home to some of the richest people in the country. The reality series focuses on the family lives of the contestants and explores how the women handle their social life, finances, business empires, friendships, and rivalries.

The Real Housewives of Beverly Hills- Release and Reception

The Real Housewives of Beverly Hills has become an important part of American pop culture. The reality series has also received various awards. However, it currently has a rating of 5.2/10 on IMDb based on 6.2k user reviews.

Here is a list of women who appeared in The Real Housewives of Beverly Hills in the main role or as a guest:

There are a number of movies, TV shows, and reality tv series you can enjoy with a VPN, some of them are listed below:

If you are into reality tv shows, then this tv show is for you. Watch how the elite and wealthiest women on the planet spend their lives and what they love to do. If you are located in Canada, get ExpressVPN and watch The Real Housewives of Beverly Hills season 12 on Peacock TV in HD.

The reality show is also available on Hayu for streaming and for digital purchase on Apple iTunes, Microsoft Store, and Google Play Movies.