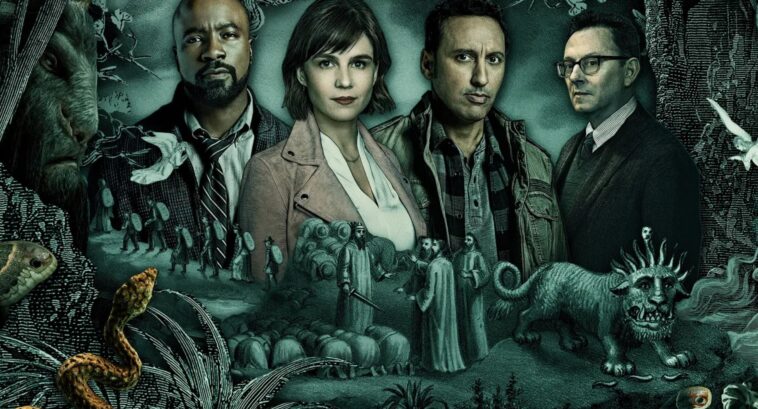 A psychologist teaming up with a priest and a scientist to investigate supernatural events may sound like the start of a terrible joke, but Evil turns the concept on its head with its unsettling imagery, overarching storylines, and frightening acting. The thriller drama showcases gruesome murders, demonic possessions, and spooky hauntings.

Created by Robert and Michelle King, Evil premiered on CBS on September 26, 2019. The television series received rave reviews and was soon moved to Paramount+. The second season of the show debuted on June 20, 2021. Meanwhile, Evil Season 3 is heading to the streaming platform on June 12, 2022, and if you are here to find out how you can watch Evil Season 3 in New Zealand & outside the US then read on.

The third season of Evil is set to premiere on Paramount+ in the United States, Canada, and Australia. If you are located in a country in which P+ is not available then follow these steps:

How to get a Paramount Plus subscription from New Zealand

The YouTube channel of Paramount+ dropped the official trailer of Evil Season 3 on May 19, 2022. The clip blurs the line between reality and delusion as the detective trio struggles to keep up with the demonic insanity unfolding around it.

Evil revolves around a cynical forensic psychologist named Dr. Kirsten Bouchard who teams up with Catholic priest-in-training David Acosta to investigate paranormal activities and assess potential exorcisms. The duo works alongside Ben Shakir, an expert in all things technology, who uses his scientific acumen and skepticism to debunk supernatural events.

Season 3 of the American series will pick up right after the events of season 2. It will not only deal with some new demons and their hellish shenanigans but also focus on the aftermath of the kiss between Kirsten and a newly-ordained David after the doctor confessed to committing a murder. The show will also feature a wedding, more gore, and a conflict that may break up the team of investigators the viewers have come to adore.

Evil Season 3 stars Katja Herbers as Kristen Bouchard, Mike Colter as David, and Aasif Mandvi as Ben.  The upcoming season will comprise 10 tantalizing episodes that will keep the fans glued to their TV screens.

Despite its macabre storytelling and sexually explicit sequences, Evil has managed to amass a legion of loyal fans. The horror series has an approval rating of 93% on Rotten Tomatoes. It also has a user rating of 7.7/10 on IMDb based on 22k reviews.

With a VPN at your side the possibilities are endless, here is a list of movies and TV shows you should check out:

If you like watching horror movies and TV shows then this series is for you. Watch Evil Season 3 on Paramount Plus from New Zealand and the UK with a single subscription plan of ExpressVPN. We have tested ExpressVPN with paramount Plus along with other VOD services and it worked perfectly fine, the best part is ExpressVPN comes with a 30day money-back guarantee.