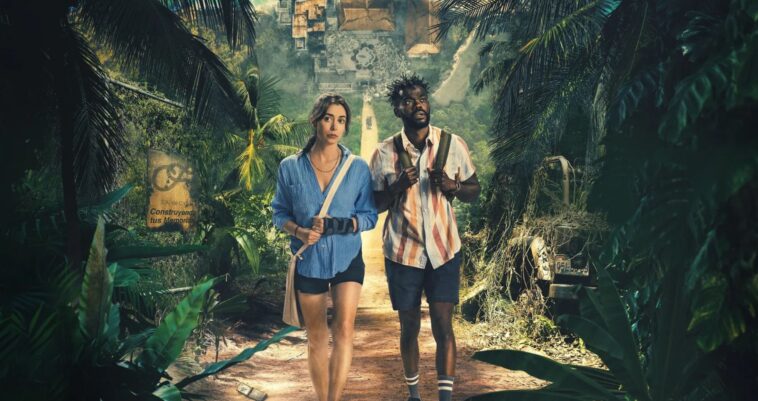 The Resort is an upcoming television series that perfectly combines romance and humor with true-crime conspiracies. The comedy thriller revolves around a couple who decide to go on a vacation to celebrate their 10th wedding anniversary but get embroiled in a decade-old Yucatán mystery.

The television series is created by Andy Siara, who also serves as its executive producer along with Sam Esmail, Allison Miller, and Chad Hamilton. The Resort will hold a special screening at San Diego Comic-Con on July 23, 2022. However, it will premiere on Peacock on July 28, 2022.

The show will comprise eight episodes and if you are wondering where to watch The Resort in Canada, read on.

How to watch The Resort on Peacock TV from Canada

The Resort is an upcoming tv show that will premier on Peacock TV in the United States. If you are in the US, you need an active Peacock subscription, and you are good to go.

If you are located in Canada and want to watch The Resort on Peacock TV from Canada, then follow these steps:

How to get a Peacock TV account from Canada

Peacock is spreading its wings, but the streaming service is yet to reach Canada. But that does not mean you can not have a Peacock TV account from Canada; follow these simple steps to get a Peacock subscription:

Peacock released the official trailer of The Resort on its YouTube channel on June 29, 2022. The clip shows Noah and Emma heading to the topical resort for a fun and relaxing vacation.

However, when Emma comes across an old phone in the woods, she discovers it belonged to a teenager who disappeared 15 years ago. The trailer also showed Sam and her family arriving at the resort in the past.

Described as a “multi-generational, coming-of-age love story,” The Resort chronicles the adventures of Emma and Noah, who have been married for ten years. While Noah is perfectly satisfied with his mundane life, his wife feels their relationship may have lost its spark.

The two decide to vacation at a tropical resort in Mayan Riviera to celebrate their anniversary when things start to get off track. While staying at Oceana Vista Resort, Emma discovers a clue about a young adult named Sam Knowlston, who went missing from the resort nearly 15 years ago along with a girl he had never met.

Though Noah warns her about getting involved in the mystery, the couple eventually finds itself pretty deep in the mystery. The pair also learns how the bizarre disappearances could be connected to a murder and a rare hurricane.

The Resort- Release and Reception

The Resort is yet to release on Peacock, so its ratings are not currently available. However, its YouTube trailer has accumulated over 100k views since its release.

Peacock TV is unavailable in Canada, but you can access it with a VPN. We have tested ExpressVPN to access Peacock TV from Canada, and it worked fine with its blazing fast servers in the US. Therefore we highly recommend using ExpressVPN to watch all your favorite movies, tv shows, and channels.