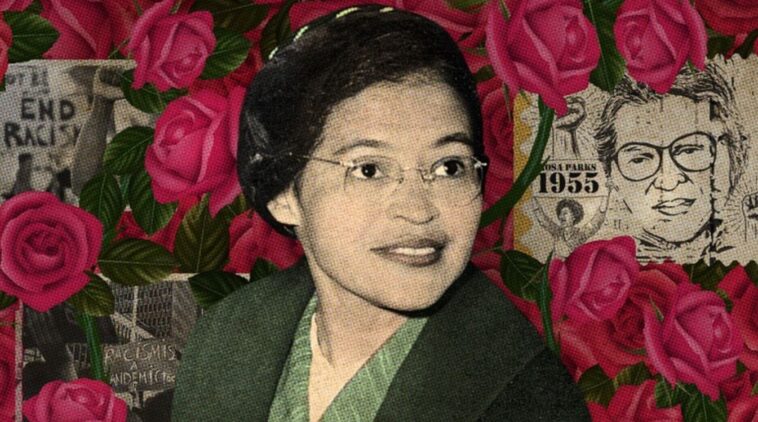 Rosa Parks is one of the most celebrated activists in the civil rights movement. Although her crucial role in the Montgomery Bus Protest earned her the well-deserved titles of “the mother of the freedom movement” and “the first lady of civil rights,” her legacy goes far beyond that momentous incident. Peacock aims to explore the story behind her activism and what motivated her to fight for equality in its upcoming documentary, The Rebellious Life of Mrs. Rosa Parks.

Directed by Johanna Hamilton and Yoruba Richen, the full-length film is based on the novel by  Jeanne Theoharis. It will take a deeper look into the life of the civil rights icon by using archived footage and exclusive audio clips. In addition, it will feature interviews with activists, journalists, and members of the Parks family. The Rebellious Life of Mrs. Rosa Parks will arrive on the streaming platform on October 19, 2022, and if you are wondering where to watch The Rebellious Life of Mrs. Rosa Parks in Canada, then you have landed on the right page.

Where to watch The Rebellious Life of Mrs. Rosa Parks in Canada?

How to watch The Rebellious Life of Mrs. Rosa Parks in Canada on Peacock

Peacock is spreading its wings but has not reached Canada. Although you can get a Peacock account subscription from Canada with ExpressVPN by following these steps:

The trailer for The Rebellious Life of Mrs. Rosa Parks dropped on the official YouTube channel of Peacock TV and gained 8000 views to date. The number of views is relatively low as compared to other tv shows, but let’s see what the show has to offer.

Rosa Parks was an African American seamstress-turned-civil rights leader whose courage and rebellious spirit paved the way for the freedom of persecuted minorities in the United States. Her relentless fight for the rights of the Black community inspired hundreds of thousands of people across the nation.

Her Role in the Civil Rights Movement

In late 1955, the police arrested Parks in Montgomery, Alabama, for refusing to give up her seat for a white man on the bus. Even though she was sitting in the designated section, the driver had ordered her to move because the seats in the ‘Whites Only’ section were full.

While she may not have been the first woman to object to the discriminatory rule, her unwavering spirit sparked the historic Montgomery Bus Protests. The movement eventually led to the dismantling of Jim Crow-era segregation on public transportation.

Years before she initiated a country-wide movement to end institutionalized discrimination and segregation in the US by standing her ground in front of a group of white men aboard a public bus, Rosa Parks had founded the Montgomery NAACP Youth Council. Later, she also served as the Secretary of the Alabama State Conference of the NAACP.

The release date for The Rebellious Life of Mrs. Rosa Parks is October 19, 2022. The documentary is heading to Peacock TV in the United States, and you can watch it with ExpressVPN from Canada.

Reviews and Ratings are still unavailable on IMDb and Metacritic.

Peacock is home to one of the best movies and tv shows. Here is a list of content you should check out on Peacock:

Rosa Parks is undoubtedly one of the most inspiring civil rights leaders in history. If you want to learn more about her life, watch The Rebellious Life of Mrs. Rosa Parks on Peacock from Canada with ExpressVPN.

We have tested ExpressVPN with Hulu, HBO Max, BBC iPlayer, and other streaming services, and it worked flawlessly. Therefore we highly recommend getting an ExpressVPN to unblock geo-restricted websites and services.