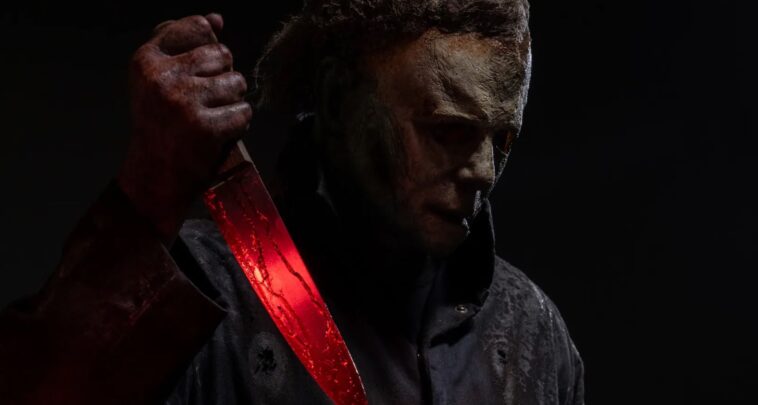 The thirteenth installment in the cult-classic Halloween franchise is arriving just in time to make the spooky season even spookier. Halloween Ends is an upcoming slasher flick that serves as a sequel to the 2021 movie Halloween Kills and wraps up the H40 trilogy that started in 2018.

Directed by David Gordon Green, the film continues the 1978 horror classic Halloween storyline. It focuses on the final confrontation between Laurie Strode, who has managed to defy death for decades, and Michael Myers, a terrifying serial killer. Halloween Ends is set to premiere on Peacock TV in the US on October 14, 2022. Read on if you are wondering where to watch Halloween Ends in Canada.

Where to watch Halloween Ends (2022) in Canada?

Halloween Ends is heading to Peacock in the United States. We don’t have any news from Crave or CTV for Canadian streamers on where to watch Halloween Ends in Canada.

You can watch Halloween Ends on Peacock from Canada with a workable VPN. A VPN lets you bypass geo-restrictions and watch your favorite movies and tv shows.

How to watch Halloween Ends in Canada on Peacock

The horror mystery movie is set to debut on Peacock in the US. If you are into the horror genre and love watching horror movies during the Halloween season, then watch Halloween Ends on Peacock. If you reside in Canada or anywhere outside the US, follow these steps:

The final trailer for Halloween Ends got released on the official Universal Pictures YouTube channel on 28 September 2022. The trailer has gained almost 10 million views in such a short time, which shows the movie’s popularity.

The people of Haddonfield, a small yet deadly town with a gruesome history of macabre killing sprees, gear up for a night of trick or treating. It’s been a few years since Michael Myers revisited his not-so-sleeping Illinois hometown to hunt a new batch of victims. Things are finally starting to settle before a disturbing murder shakes up the community.

Halloween Ends is set four years after the events depicted in Halloween Kills, which showed Allyson facing off against the notorious killer that has terrorized her little town for far too long. As there have been no new threats since the last massacre, Allyson and Laurie live together peacefully, with the traumatized and alcoholic grandmother working on her memoir.

A Murder Sets a New Wave of Terror

When a young man named Corey Cunnigham is accused of murdering a boy he was babysitting, a new wave of terror grips the town. Although Laurie is trying to distance herself from the shadow of Michael that has followed her everywhere for decades, she once again finds herself facing the force of evil that has twisted her reality and kept her from living fully.

Is This The Last We See Of Laurie?

Halloween Ends wraps up the 2018 trilogy in the fan-favorite slasher franchise, which began with Laurie evading the notorious killer in the original flick. While she is considered the ultimate final girl among horror movie fanatics, this could be the last time the audiences watch her confronting Michael.

Halloween Ends will premiere on October 14, 2022, in the United States and the UK. The US streamers have the choice to watch Halloween Ends in theaters or on Peacock, whereas the Brits only have theater options.

If you have made it this far, you are a movie freak. Peacock has some of the best movies and tv shows. Here is a list of them:

If you love horror or slasher films, you cannot miss out on Halloween Ends. With the success of the first two movies in the trilogy, this one is expected to be just as scary and bone-chillingly good. Watch Halloween Ends (2022) in Canada on Peacock with ExpressVPN.

We have tested ExpressVPN with Peacock, Hulu, HBO Max, etc and it worked flawlessly. Therefore we highly recommend it to all our readers.