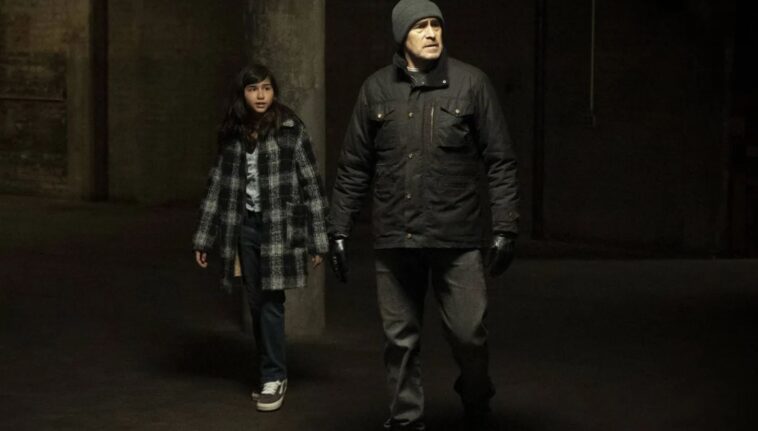 Join a father-daughter duo on the hunt for a vampire cure in the upcoming Showtime series Let the Right One In. The horror drama is based on the 2004 novel by author John Ajvide Lindqvist, which has previously inspired two movies and a stage play. However, unlike its predecessors, the television show will explore the bond between the father and his young daughter, who is forever frozen at the age of 12.

Developed by Andrew Hinderaker, Let the Right One In will premiere on Showtime on October 9, 2022. It features the acting talents of Demián Bichir, Madison Taylor Baez, Anika Noni Rose, Grace Gummer, Ian Foreman, and Kevin Carroll, among others. If you are wondering where to watch “Let the Right One In” in Canada and want to know about this psychological drama, you have come to the right place.

Where to watch Let the Right One In, in Canada?

If you reside in Canada and wish to watch Let the Right One In, then follow these steps:

Let the Right One In- Trailer

The trailer for Let the Right One In was released on Showtime’s official YouTube channel and has gained more than 3.4 million views in 2 weeks.

Let the Right One In- Plot

Set ten years after she was turned into a vampire, Let the Right One In tells the story of a young girl named Eleanor who lives a closed-in life. Stuck at 12, she is only allowed to go outside after dark. Meanwhile, her father, Mark, does everything he can to maintain a steady supply of human blood to keep his daughter alive.

The Family Moves to New York

Desperate to reverse Eleanor’s vampirism, the father and daughter move back to New York City and begin their search for a cure. The trailers make it look like the right person – either a human or a vampire – could make a cure. However, finding that individual is not going to be an easy feat.

Eleanor is not the only bloodthirsty creature in town, as there are more vampires roaming about, devouring human blood straight from the source. A vampire named Peter will also play a substantial role in the Showtime series, as he will try to become a human once again.

After running into another lonely child who appears to be her age, Eleanor ends up striking a friendship with him. Meanwhile, Mark has also enlisted his friend Zeke, a restaurant owner aware of vampirism, to help him secure human blood for his daughter. It’s unclear how these relationships will prevail in the face of adversity. Nonetheless, watching the reclusive family widen their social circle will certainly be interesting.

Let the Right One In- Release Date

Let the Right One In- Cast & Crew

Here is the list of actors you will see in Let the Right One In:

You can stream hundreds of movies and tv shows for free with a VPN. Here is a list of some of our favorites: