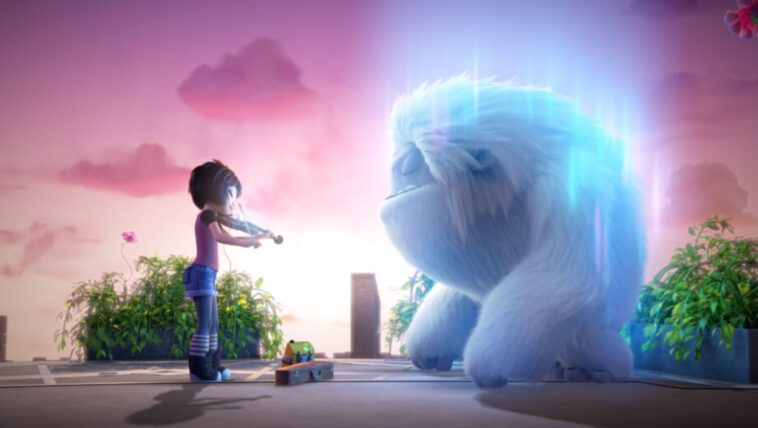 Based on the 2019 movie of a similar name, Abominable and the Invisible City is an upcoming animated series that chronicles the adventures of Everest the yeti and his friends Yi, Jin, and Peng. The comedy-adventure show by DreamWorks Animation will enhance the magical universe of the original film by introducing new locations and mythical creatures.

But if you are in Canada or anywhere outside the US, you will need a workable VPN to change your IP address and access Peacock TV since it is geo-restricted. Follow these steps to watch Abominable and the Invisible City in Canada on Peacock:

Peacock is spreading its wings but hasn’t reached Canada. But that does not mean you can not get a Peacock subscription, follow these steps to get a Peacock TV account from Canada:

Abominable and the Invisible City- Trailer

Abominable follows the story of a young violin player named Yi, who one day discovers a yeti on her rooftop. After naming the wooly creature Everest, the girl makes it her mission to take her new pet to its home in China.

However, the journey becomes a little complicated after a devious billionaire known as Burnish starts chasing Yi and her friends in a bid to capture Everest. By the movie’s end, Burnish becomes a good guy and helps the kids accomplish their goal. Abominable and The Invisible City will be a continuation of this tale as it will take the fans further into the world of magic and mischief.

The Peacock animated series will show Yi and Burnish putting their differences aside to rescue other magical creatures being threatened by humans. They will also be accompanied by Jin and Peng, two kids who will again team up with Yi to help the extraordinary beings in their city and beyond.

Abominable and The Invisible City will focus on the existence of a larger magical world than depicted in the original movie. Though the kids know that there are other creatures like Everest, the new series will take them on a heartfelt and enchanting journey as they discover how expansive their universe is. However, the group will also face many challenges as they will go face-to-face against greedy men and dangerous creatures.

Abominable and The Invisible City is set to release on Peacock TV and Hulu on October 5, 2022. The series will contain ten episodes full of fun.

What else can you watch on Peacock with a VPN?

There are several movies and tv shows you can stream on Peacock from Canada with a VPN. Some of which are listed below:

Suppose you are a fan of Abominable or enjoy the animated series produced by DreamWorks Animations. In that case, you should make sure to check out Abominable and The Invisible City from Canada on Peacock this October.

We have tested ExpressVPN with Peacock, Hulu, HBO Max, and several other streaming services and it worked flawlessly. Therefore we recommend it to all our readers looking for a quick streaming fix.