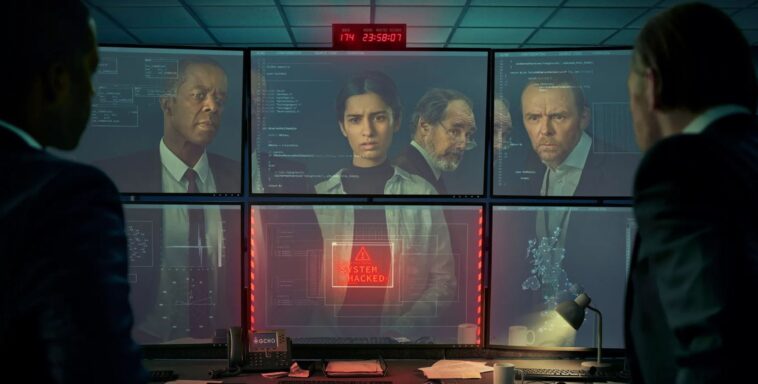 Wars are no longer fought on the ground; they are now being waged in cyberspace. The Undeclared War is a thriller series that explores the dangers posed by technological advancements and how global powers can potentially use cyber-terrorism to weaken other nations.

Created by multiple-time BAFTA-winning director and producer Peter Kominsky, the dystopian drama first premiered on Channel 4 between June 30, 2022, and August 4, 2022. However, all six episodes of The Undeclared War will arrive on Peacock on August 18, 2022, and if you are wondering where to watch The Undeclared War in Canada, you have landed on the right page.

How to watch The Undeclared War in Canada on Peacock TV

The Undeclared War is an upcoming tv show set in 2024, where a group of analysts tries to stop cyber attacks. The series is set to premiere on Peacock TV in the United States, all you need is an active Peacock account to watch The Undeclared War.

If you reside in Canada, then follow these steps to watch The Undeclared War from Canada on Peacock TV:

How to get a Peacock TV account from Canada or Australia

Yes, you read it right. You can watch Peacock TV from Canada with the help of a workable VPN. We highly recommend ExpressVPN to get a Peacock TV account subscription from Canada. Follow these steps:

The YouTube channel of Peacock released the official trailer of The Undeclared War on July 25, 2022. The clip paints a fascinating picture of cyber warfare with its visually dynamic scenes, strong writing, and incredible acting.

Set in the year 2024, The Undeclared War focuses on a group of analysts at GCHQ in the United Kingdom as they try to stop a wave of cyber-attacks from disrupting the general elections.

The crime thriller begins with a 21-year-old intern named Saara Parvin arriving at GCHQ for her first day of work. However, her arrival overlaps with a major cyberattack on the country. Seeing this as an opportunity to prove her skills to her superiors, Saara puts her preternatural gift to use and analyzes the security breach. Although she breaks ranks while doing so, the young intern discovers a significant threat that others failed to spot.

Eventually, the analysts figure out that Russia might be behind these attacks, but what can they do to ward off these occurrences while ensuring the elections go by without a hitch?

The Undeclared War- Release and Reception

The Undeclared War has received mostly positive reviews from critics and viewers alike. The television series has IMDb ratings of 6.6/10 based on 2,000 user reviews. Meanwhile, it scored 85% on Rotten Tomatoes. Since it is yet to air on Peacock, fans of the show can expect the ratings to increase as it becomes available to a larger audience.

What Else Can You Watch on Peacock TV from Canada?

There are tons of movies and TV shows you can stream on Peacock TV from Canada, some of which are listed below:

If you are into Sci-Fi stuff, then this series is for you. Watch The Undeclared War on Peacock TV from Canada with ExpressVPN. We have tested ExpressVPN to watch several VOD services and it worked flawlessly. Therefore we highly recommend getting an ExpressVPN subscription to cater all your streaming needs.