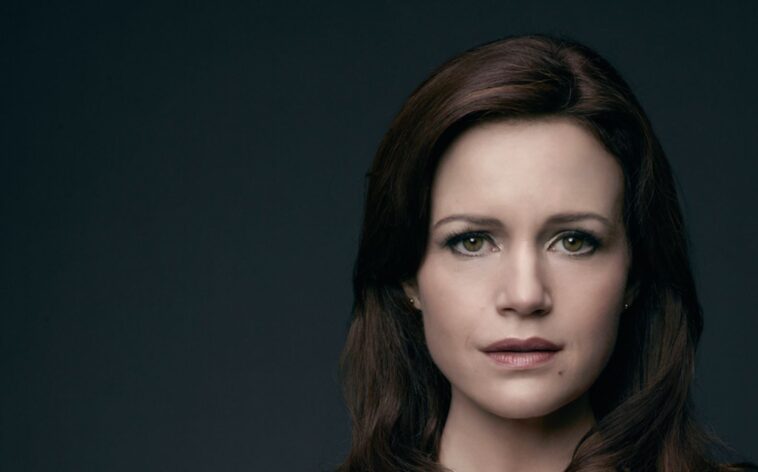 Leopard Skin is an upcoming television series revolving around the aftermath of a failed heist and two women who get inadvertently involved in criminal affairs. The show stars The Haunting of Hill House actress Carla Gugino in the main role. She is also joined by Amelia Eve, Ana de la Reguera, Margot Bingham, Gaite Jansen, Gentry White, Philip Winchester, and Nora Arnezeder.

The crime thriller is heading to Peacock on November 17, 2022. Sebastian Gutierrez, the screenwriter behind the movie Snakes on a Plane, will serve as its showrunner and director. Meanwhile, its production companies include AGC Television and Lantica Studios. Here is everything you need to know about watching Leopard Skin in Canada.

Where to watch Leopard Skin in Canada?

Leopard Skin is heading to Peacock in the United States. The series will be streaming on November 17, 2022, and if you want to watch it get a Peacock subscription for $4.99/month.

If you are in Canada, then bad luck because Peacock is not availabe here. But don’t worry. You just need a workable VPN to change your IP address and watch Leopard Skin from Canada on Peacock.

How to watch Leopard Skin in Canada on Peacock

The first season of Leopard Skin is heading to Peacock in the US and is set to release on 17th November. Since you are in Canada and Peacock is not accessible here, get ExpressVPN to watch Leopard Skin on Peacock from Canada. Follow these steps:

The first season of Leopard Skin is set to debut on November 17, 2022 exclusively on Peacock TV in the United States. If you reside in Canada or anywhere outside the US, get a VPN and unblock Peacock.

The trailer for Peacock’s Leopard Skin is yet to release on YouTube.

When a risky jewelry robbery goes wrong, the criminals behind the botched attempt have no other option but to hide from law enforcement agencies. With things getting out of hand, the gang decides to take refuge in a beachside estate. The only problem is that the secluded house is already occupied by two women living on their own.

Secrets Get Revealed, Trusts Get Broken

Since the women are forced to harbor wanted criminals, tensions in the estate will undoubtedly run high as the series progresses. The gang may find itself at a crossroads as secrets get revealed, and people begin to betray each other. The showrunner has already teased a more provocative long-form story that appeals to international viewers, so the series will certainly draw the attention of those who love heist dramas.

Possibility of a Budding Romance

Although the logline does not reveal whether there will be any elements of romance in the series, it does mention that the robbers will find themselves in a hotbed of desire. However, it is yet to be seen how it will play out during the runtime of Leopard Skin. In addition, the age rating for the crime saga is yet to be revealed.

Peacock has become of the leading streaming services in the United States. It has moved to several other regions and plans to expand even more. Once Upon a Time in Londongrad, The Calling and One of Us Is Lying season 2 is set to debut on Peacock this November.

Peacock has released the Vampire Academy, which gained a 6.3/10 rating on IMDb. The series was released in September, clashing with House of the Dragon and Amazon Prime’s The Rings of Power. Still, the series did well in generating views and gaining members to the streaming platform.

If you enjoy watching intense crime dramas focusing on heists and robberies, this show may be for you. Don’t forget to check out Leopard Skin, as it airs on Peacock this November!

Watch the first season of Leopard Skin on Peacock from Canada with ExpressVPN. We have tested ExpressVPN to watch Peacock, BBC iPlayer, and HBO Max from Canada, and it worked perfectly. Therefore we highly recommend getting an ExpressVPN subscription