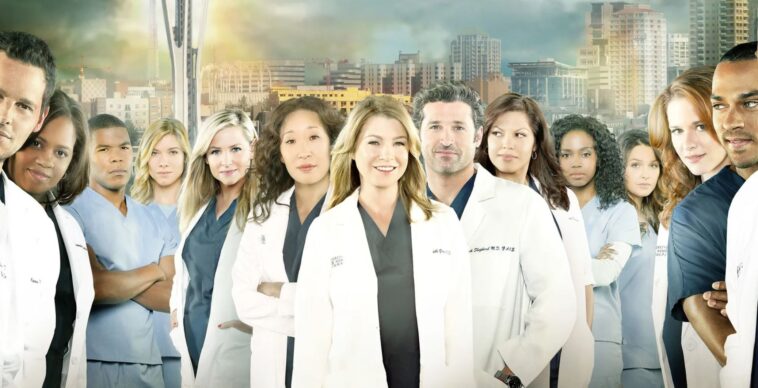 After running successfully for 18 years, Grey’s Anatomy returns to ABC with a brand new season on October 6, 2022. The medical drama is presently the longest-running scripted primetime show on the network. It features an ensemble of talented actors, with Ellen Pompeo as one of its main narrators and primary characters.

Created by Shonda Rhimes, Grey’s Anatomy has received high viewership and ratings since its debut on March 27, 2005. The television series has also catapulted many of its stars to fame and has won various awards over the course of years – including Golden Globe Awards, People’s Choice Awards, and more. Here is what we know about Season 19 of the show so far.

If you are wondering where to watch Grey’s Anatomy season 19 in USA & Canada, you have landed on the right page.

Where to watch Grey’s Anatomy season 19 in the United States & Canada?

The nineteenth season of Grey’s Anatomy is heading to ABC and Hulu in the United States. We don’t have confirmed news about CTV or Crave streaming it in Canada. The series is also releasing on Disney Plus internationally, which means if you have a Disney Plus account and you are located in the Untied States or Canada you can watch Grey’s Anatomy season 19 on Disney.

Grey’s Anatomy has been running for more than a decade. The nineteenth season of this series is set to premiere on Disney Plus in the United Kingdom. If you reside in Canada or USA and wish to watch Grey’s Anatomy season 19, then follow these steps:

Here are the detailed steps you need to follow the watch Grey’s Anatomy season 19 from USA & Canada on Disney Plus:

On September 22, the trailer for Grey’s Anatomy season 19 dropped on ABC’s official YouTube channel. It has gained more than 3.5 million views in 10 days and counting.

The future of the fictional Grey-Sloan Memorial Hospital is in jeopardy after Miranda Bailey quits in protest of the residency program being disbanded. Her mentor’s abrupt departure leaves Meredith with a choice between leaving the life she had built for herself and taking over the vacant position of the chief of surgery.

Dr. Meredith Grey has been the main character of Grey’s Anatomy since the series’s inception. However, that won’t be the case anymore as the fan-favorite doctor will only make a limited appearance in Season 19 of the medical drama. Instead, fans should get ready to see new faces making their way into the hospital.

The new interns joining the hospital include Seattle-born Simone Griffin, who didn’t want to work at the hospital due to personal traumas; charming Lucas Adam, who is considered the black sheep of the family; a middle-child name Mika Yasuda, who is done being underestimated by others; the serious Jules Millin who was raised by drug-addled hippies; and naturally gifted Daniel “Blue” Kwan, who is sharp-witted yet impatient.

Along with Meredith, fans of the show will be able to welcome Bailey, Webber, Jo, Amelia, Maggie, Levi, Link, Winston, Teddy, and Owen, among many other familiar characters, once Season 19 of Grey’s Anatomy kicks off on ABC. Of course, many faces from the past seasons will also make guest appearances throughout the season.

No, the nineteenth season of Grey’s Anatomy is heading to Hulu and ABC Network in the US. Both Hulu and ABC are owned by the Walt Disney Company, which is why it will take some time for this season to land on Netflix.

We don’t have a confirmed release date for Grey’s Anatomy on Netflix, but we can predict to see it somewhere in June 2023.

Grey’s Anatomy season 19 is set to release on October 6th, 2022. The series is heading to ABC and Hulu in the United States.

Here is a list of major characters in Grey’s Anatomy.

The nineteenth season of Grey’s Anatomy consists of seven episodes. Here is the list of them:

Hulu is the best streaming service in the United States. Here is a list of movies and tv shows you should check out:

Grey’s Anatomy is one of the most popular shows in the United States, with several accolades and spin-offs. If you enjoy medical dramas that focus on everything from love and romance to abuse and death, you should add this television to your watch list.

Watch Grey’s Anatomy season 19 in Canada on Hulu and ABC with ExpressVPN. We have tested ExpressVPN to unblock Hulu, HBO Max, ABC, and several other streaming services, and it worked. This is the reason we highly recommend ExpressVPN to all our readers.