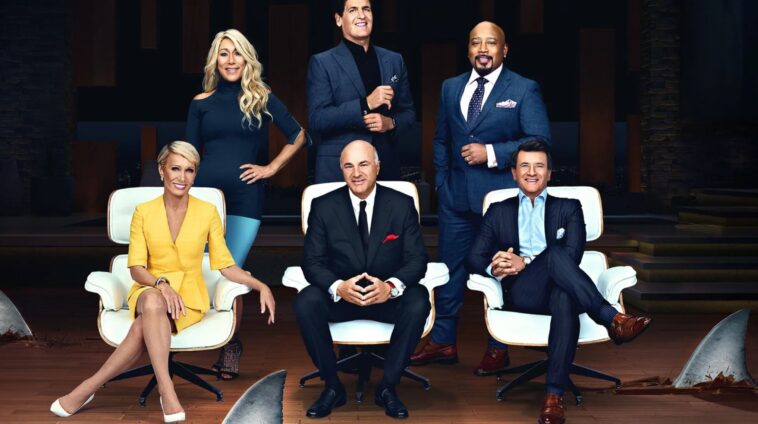 Inspiring countless aspiring entrepreneurs across the globe, Shark Tank is a business reality television series that has kept the audience glued to their screens for nearly 14 years. The show revolves around small budding entrepreneurs pitching their innovative ideas in front of six investors in hopes of receiving an offer for investment.

Created by Mark Burnett, Shark Tank premiered on ABC on August 9, 2009. It has since been renewed 13 times. Season 14 of the reality television series will premiere on September 23, 2022, featuring a mix of new and familiar faces.

How to watch Shark Tank Season 14 in Canada on Hulu

The fourteenth season of Shark Tank is set to premiere on Hulu and ABC in the United States. If you are in the US and wish to watch Shark Tank Season 14, then you need an active Hulu subscription, and you are all set to stream the show.

If you reside in Canada, you will need a VPN to unblock the geo-restricted “Hulu” and watch Shark Tank Season 14 from Canada. Follow these steps:

Where to watch Shark Tank Season 14 for free in Canada?

Note: Shark Tank Season 14 is not entirely availabe on ABC. However, you can stream some episodes for free.

The YouTube channel of ABC released the trailer for Shark Tanks Season 14 on August 19, 2022. The clip reminds viewers of this reality television show’s impact on aspiring business owners over the years and how it supports small business owners.

Shark Tank provides entrepreneurs and small businesses with a platform to present their products and business models in front of a panel of investors referred to as sharks. The participants usually create a 45-minute business presentation where they explain the story behind their product, its purpose, its benefits, its marketing strategy, the revenue they have earned, and how they plan to expand their market.

This in-depth presentation is condensed for television, though it always ends with the investors asking the entrepreneurs more questions about the business. If satisfied, one or more sharks will offer the participants an investment offer in exchange for a share in their business. In some cases, the sharks may have to outbid each other to make a handshake deal with the entrepreneur. However, if the panelists find any faults or weaknesses in the product or the business model, the participant may have to leave the show empty-handed.

Over the last 13 seasons, the sharks have offered over 700 deals to entrepreneurs appearing on the show, made over $8 billion in retail sales, and donated over 65 million items.

Shark Tank is among the most-watched business reality television shows in the United States. It has an approval rating of 55% on Rotten Tomatoes and 7.7/10 on IMDb.

The show previously aired on Friday at 8 pm, but things for Shark Tank Season 14 are a bit different. It will have a live episode for the first time in Shark Tank history.

If you are into British reality shows, check out how to watch Love Island UK in US for free.

Who are the hosts of Shark Tank Season 14?

The hosts, often referred to as Sharks, are the judges and investors who listen to every pitch and decide if they are interested in the project. There is a total of six Sharks since the inception of this show. Here is the list of them:

Which companies have Shark Tank investments?

Shark Tank has helped a number of brands to go from rags to riches. Newsweek published a list of twenty successful companies powered by Shark Tank. Here are the names:

A VPN lets you circumvent geo-restrictions and unblock streaming channels with your favorite movies, shows, and series. Here is a list of trendy content in 2022:

Shark Tank is one of the best financial learning tv shows in modern times. The fourteenth season of Shark Tank will stream on ABC and Hulu in the US. Get ExpressVPN if you are in Canada and want to stream Shark Tank season 14.

We have tested ExpressVPN to watch Hulu, HBO Max, Disney Plus, etc and it worked flawlessly. Therefore we highly recommend getting an ExpressVPN subscription to all our readers.