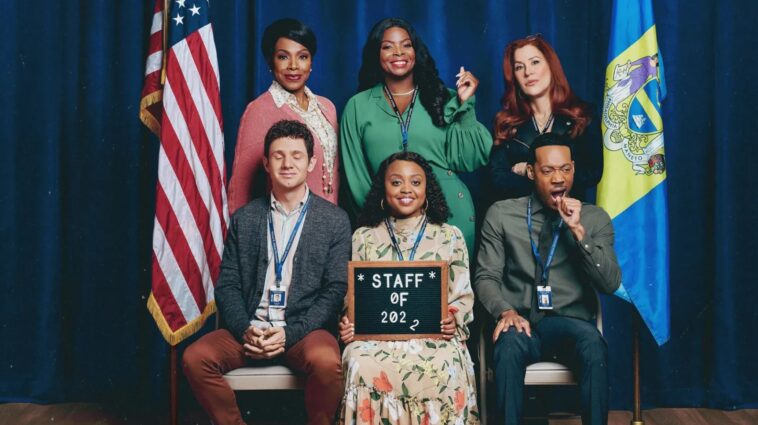 Gear up for another year of chaos and laughter as Abbott Elementary returns to ABC with a brand-new season. The popular workplace comedy revolves around a group of teachers at an underfunded and predominantly Black public school in Philadelphia whose lives are recorded by a documentary crew. So, if you loved The Office or Parks and Recreation, this show will be right up your alley.

Season 2 of the sitcom will premiere on ABC on September 21, 2022, with 22 episodes. It is created by Quinta Brunson, who also plays the lead role in the series. She also serves as its executive producer along with Randall Einhorn, Justin Halpern, and Patrick Schumacker. The mockumentary-style show first aired on December 7, 2021, and became an instant hit among critics and general viewers.

After reading this guide, you can watch Abbott Elementary Season 2 for free on ABC from Canada or anywhere outside the US.

How to watch Abbott Elementary Season 2 on ABC in Canada

The second season of Abbott Elementary is set to premiere on ABC in the United States, if you are in the US, then all you need is to go to abc.com and watch Abbott Elementary Season 2. If you reside in Canada, then you will need VPN to unblock abc.com. Follow these steps:

Note: The complete season 2 of Abbott Elementary is not availabe on ABC. However, you can stream some episodes for free

ABC released the official trailer for Abbott Elementary Season 2 on September 12, 2022. The clip shows the classes resuming for another school year and all the teachers upping their antes just a bit more.

Abbott Elementary’s upcoming season will take a slightly different approach with its storyline this year. While the first season focuses exclusively on the shenanigans that took place inside the walls of the public school, the new episodes will take the audience out of the classroom and into the real world by exploring the personal lives and relationships of the teachers.

Season 2 of the comedy series will show Janine Teagues becoming even more optimistic as she continues on her mission to improve the lives of her students. Meanwhile, Principal Ava Coleman will continue to be hilariously hostile and highly inappropriate. In addition, the eccentric Mr. Johnson will get a more permanent spot on the show as he will help Gregory Eddie take charge of his classroom, confusing the beloved Barbara Howard.

Elsewhere, Melissa Schemmenti is in for a stressful surprise once when she finds out about adding 10 students to her classroom.

The show presently has a 98% approval rating on Rotten Tomatoes and 8.2/10 on IMDb.

With a VPN, you can watch a number of shows that are geo-restricted. Here are some of them:

We tested ExpressVPN with various geo-restricted streaming services, and it worked perfectly with its blazing-fast servers. Therefore we highly recommend ExpressVPN to all our readers to satisfy their streaming needs.