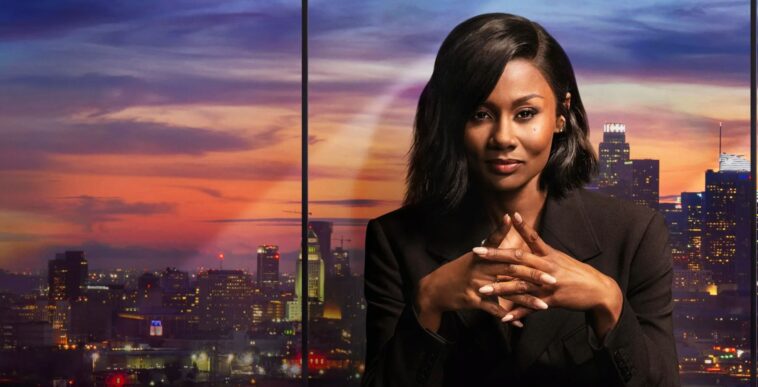 Reasonable Doubt is an upcoming legal drama that revolves around a high-powered criminal defense attorney who does not hesitate to toe the line between ethical and immoral when it comes to defending her clients. The show is heading to Hulu on September 27, 2022, and has already started creating a lot of buzz on social media.

The television series has been written and executive produced by Raamla Mohamed. Moreover, Kerry Washington, widely known for her iconic portrayal of Olivia Pope in Scandal, has directed its first episode. She is also an executive producer for the show, along with Larry Wilmore and Pilar Savone. This guide is for you if you are wondering where to watch Reasonable Doubt in Canada.

How to watch Reasonable Doubt in Canada| On Hulu

The story of a brilliant criminal lawyer, “Reasonable Doubt,” is set to premiere on Hulu in the United States. You only need an active Hulu account to watch Reasonable Doubt on Hulu. If you reside in Canada and want to stream Reasonable Doubt, only a VPN can help you.

Since Hulu is only availabe in the United States and Japan, you will need a VPN to access it from Canada and watch Reasonable Doubt. Follow these steps:

Hulu released the official YouTube trailer for Reasonable Doubt on September 8, 2022. The clip starts with Jax repeating a quote by Nelson Mandela before giving a sneak peek into her intriguing legal cases and even more glamorous love life.

Reasonable Doubt revolves around the life and career of Jacqueline “Jax” Stewart. She is a fearless criminal defense attorney who would not let anything stand in her way – be it her past trauma, dysfunctional marriage, challenges of motherhood, menacing criminals, or even murder. Her wild interpretations of the law and dubious work ethics make her a bit of a star in the Los Angeles law circles.

According to the official synopsis, Jax is a force to be reckoned with. She “bucks the justice system at every chance she gets” while navigating the hurdles of her personal and professional life without breaking a sweat.

Furthermore, since it is the first scripted show from Onyx Collective, an initiative that focuses on creating entertaining yet culturally specific content, each of its episodes is written and directed by African-American directors and writers. In addition, the name of the drama series is inspired by the name of Jay-Z’s debut album. Hence, every episode is titled after a track from Reasonable Doubt.

Reasonable Doubt is yet to premiere on Hulu. Therefore, its ratings are not currently available. However, its trailer has received nearly 8.5 million views within a week since its release.

Hulu is one of the best content producers in the United States, here are some best Hulu movies and tv shows that you should check out:

Reasonable Doubt revolves around the life and career of a fearless lawyer who will do everything it takes to save her clients. Watch Reasonable Doubt from Canada on Hulu with ExpressVPN.

We have tested ExpressVPN to unblock Hulu, HBO Max, BBC iPlayer, and various other streaming services, and it worked every time. Therefore we recommend ExpressVPN to our readers.