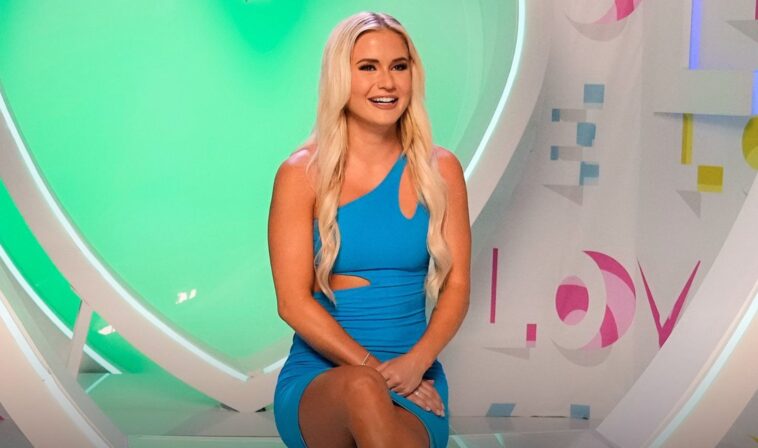 Love Island USA has finally revealed its new ensemble of young and gorgeous contestants. These attractive islanders will spend a sizzling summer in a luxury villa and search for true love on the fourth season of the popular dating game show. The official portraits show the brand new line-up posing in colorful bikinis and swimsuits, giving the vibe of sandy Californian beaches where they will be engaging a range of steamy challenges with prospective suitors.

The popular reality TV series, which has moved from CBS and found a new home on Peacock, will premiere on July 19, 2022. The upcoming installment will also feature Modern Family star Sarah Hyland, as the new host, with Iain Stirling serving as its narrator.

One of the islanders hoping to find love in Love Island USA Season 4 is Deborah Chubb. Here is everything we know about her so far.

How Old Is Deborah Chubb| Everything You Need To Know

Deborah Chubb is a 26-year-old personal assistant eager to meet someone who truly appreciates her. Though she was born in Dallas, Texas, she now lives in the coastal city of Redondo Beach, California. Her Instagram is full of breathtaking photos of her modeling in salacious beachwear and cute dresses, showing off her bright and sunny personality.

According to the official bio released by Peacock, Deborah has been single for five years and is more than ready to get back in the game. In addition, the young blonde does not run away from red flags. Instead, she welcomes them. However, she says she is ready to change this by falling for a fellow islander who values her.

Moreover, Deborah has many interesting nicknames, including Chubb Rub. She also calls herself a Good Luck Chuck as the last four men she dated all got married after parting ways with her. Hopefully, she will have better luck at the villa since this year’s games are expected to be more risque than ever.

Also, did we mention that Deborah not only once met Canadian heartthrob Justin Bieber in an elevator but also flirted with him?

The blonde beauty appears to be an avid Instagram user. Her handle is @debchubb.