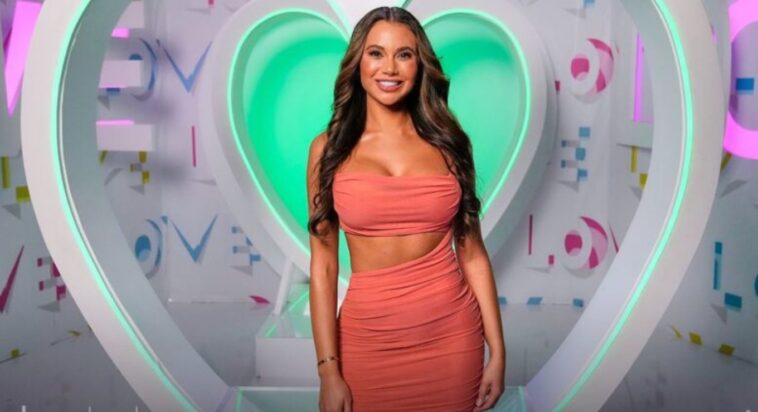 The latest batch of good-looking singletons is ready to enter the villa for a summer of romance and relationships.

The fourth season of Love Island USA is heading to Peacock on July 19, 2022. The reality TV series, a spin-off of a British dating game show of the same name, features a group of attractive contestants who have to spend an entire summer together in a luxury villa. These gorgeous islanders comprise 11 young men and women hoping to find their one true love and win a cash prize.

While the last season took place on an actual island, the upcoming installment is filmed on the sunny beaches of California. The portraits released by Peacock also show the cast wearing barely-there bikinis and colorful swimsuits to keep up with the theme.

Furthermore, Modern Family actress Sarah Hyland has been chosen to host Love Island USA Season 4, while Iain Stirling will serve as its narrator. As far as the islanders are concerned, one of the five ladies this season is Courtney Boerner, who also happens to be an openly bisexual woman.

Here is everything we know about her so far.

How Old Is Courtney Boerner?

Born in Winter Park, Florida, Courtney Boerner is a 24-year-old stylist who now resides in Los Angeles. The young entrepreneur knows exactly what she wants in life, making her a great addition to the show. Her Instagram profile also reflects her stylish lifestyle and penchant for modeling, as it is filled with photos of her in beachwear and lingerie.

In addition, the Florida native is pretty open about herself. According to her official bio, Courtney has had 19 plastic surgeries. She also hates terrible breaths more than anything and would like people to “keep it minty.”

What Is She Looking for In a Partner?

While an odorous breath may be her ultimate turn-off, Courtney appears to love a great personality. Moreover, she revealed that she had dated both men and women, which makes her the only bi-sexual contestant of Love Island USA besides Leslie Golden from season three.

Love Island USA fans can learn more about Courtney by following her on Instagram at @courtnneylynn.