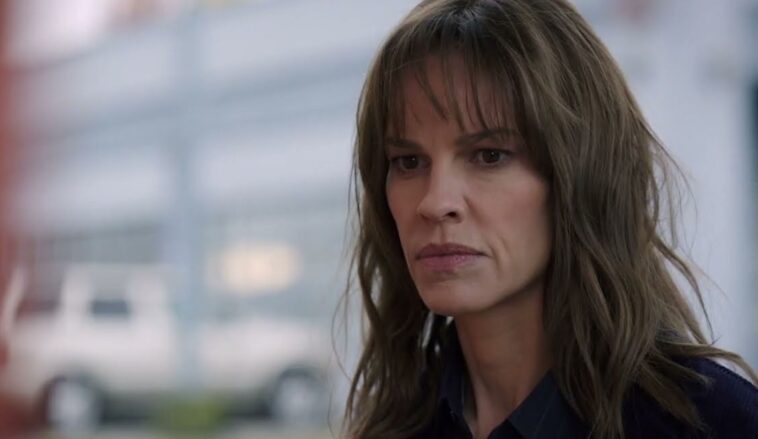 Alaska Daily is an up-and-coming television series revolving around an award-winning investigative journalist who leaves her high-profile job in New York City and moves to Alaska to join a local newspaper. The crime drama, which will debut on ABC on October 6, 2022, will offer a fresh perspective on violence against women belonging to indigenous communities and journalists’ struggles while bringing those stories to the forefront.

The series is created by Tom McCarthy, known for writing and directing the Academy Award-winning movie Spotlight and the popular young adult series 13 Reasons Why. It also stars two-time Oscar winner Hilary Swank in the lead role, along with Jeff Perry, Matt Malloy, Meredith Holzman, and Grace Dove. Here is what we know about the show so far.

If you are wondering where to watch Alaska Daily in Canada, you have landed on the right page.

How to watch Alaska Daily in Canada| Watch it on Hulu

How to watch Alaska Daily in Canada for Free?

Alaska Daily will premier on ABC Network in the United States, offering free streaming on abc.com. But the website is accessible only in the US, which is why you will need ExpressVPN to change your IP address and watch Alaska Daily from Canada. Follow these steps:

Alaska Daily tells the story of a disgraced New York City journalist named Eileen Fitzgerald, who is forced to quit her incredible job after a fall from grace. After leaving the Big Apple, she relocates to Alaska and joins Anchorage Daily News.

Due to her previous job’s debacle, Eileen is treated like an outcast in Anchorage, Alaska. She receives a cold shoulder from most of her colleagues and neighbors, some of whom even suggest she moves back to NYC before making a mess of things in their peaceful town.

However, with her fame and credibility already in tatters, the protagonist has no other option but to power through the hate and hostility and build her career from scratch.

The Mystery of Missing Indigenous Women

Eileen’s first beat at Anchorage Daily News is to investigate a mysterious cold case involving the murder of an indigenous woman. Her investigation into the incident and the conspiracies around it leads to a bigger revelation about the crime faced by native women in the region. Although the victims featured in Alaska Daily are fictional, their stories have been inspired by actual events.

A Mission to Fix Personal and Professional Life

With her relationships hanging by a fine thread, Eileen struggles to create a balance between her personal life and professional career. She also has to search for the answers that could give a semblance of peace to the families that are mourning the murders and disappearances of their loved ones.

The first season of Alaska Daily is set to premiere on Hulu and ABC Network on October 6, 2022. The series shows a popularity score of 491 on IMDb, ratings, and reviews will be released later.

Hulu is one of the best content producers in the US. Here are some popular and trendy shows you should watch on Hulu:

If you love crime dramas or are a fan of fast-paced television shows such as Scandal or True Detective, you should make sure to check out Alaska Daily on ABC this October. Watch Alaska Daily in Canada on Hulu & abc.com with ExpressVPN.

We have tested ExpressVPN with Hulu, HBO Max, and BBC iPlayer, and it worked flawlessly. Therefore we highly recommend it to all our readers.