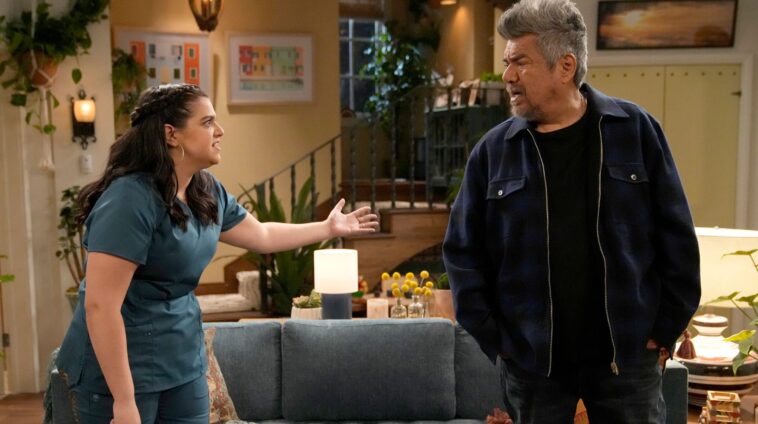 Lopez vs. Lopez is an American sitcom television series created by Debby Wolfe, George Lopez, and Mayan Lopez. It premiered on NBC on November 4, 2022, with Wolfe not only serving as the showrunner but also the executive producer.

If you are wondering where to watch Lopez vs. Lopez in Canada & UK, read this guide to the last.

Where To Watch Lopez vs. Lopez in Canada & UK?

The first season of Lopez vs. Lopez premiered on NBC in the US on November 4, 2022. The series ran for six episodes before halting for a winter break. It resumed again on Friday, January 6, 2023, with the seventh episode, “Lopez vs. Ghosts”.

The series can be watched on nbc.com in the US. If you are outside the US, get an ExpressVPN subscription and watch it right now.

How To Watch Lopez vs. Lopez Season 1 in UK & Canada

New episodes of this comedy series have started airing on NBC in the United States. Since NBC is only available in the US, you will need a workable VPN to watch it from outside the US. Follow these steps:

5- Search Lopez vs. Lopez Season 1 on NBC from Canada or UK

Here are a few new series releasing in January, Silent Witness Season 26, New Amsterdam, Will Trent, The Resident Season 6, Big Sky Season 3, The Rookie: Feds, and The Rookie Season 5 (new episodes). If you are into reality shows with a romantic touch, here is a complete guide to watching Love Island UK 2023 in the United States, The Traitor, and Fantasy Island 2.

What To Expect From Lopez vs. Lopez

This sitcom tells the story of an old-school, working-class Latino – George Lopez – and his quirky story as he moves in with his Gen Z daughter – Mayan Lopez – who is relatively modern. The show centers on their interesting dynamic as the father-daughter duo endeavor to revamp their dysfunctional relationship, primarily through interesting arguments.

The Show Runner and Show Stopper

The showrunner and showstopper of this working-class family comedy is undoubtedly Mayan: she is the future, she is Gen Z, and she is the epitome of modernity. Everything she does stems from TikTok, as her favorite pastime is to make poorly integrated TikTok videos that cover her experiences reconnecting with her father after her parents divorced.

Rebuilding Relationships … And The House

But there are reasons behind the way she is: her father was never around when she was growing up, gambled, and cheated on her mother. Years of therapy later, she takes her time adjusting to his re-entry into her life, trying to reconnect and rebuild. He takes the latter quite seriously as he literally begins renovating and rebuilding the kitchen, enjoying quality time with his grandson Chance and tormenting Mayan’s beta-male husband, Quinten.

Lopez vs. Lopez is a family comedy about reconnection, dysfunction, and the pain and joy that comes in between. It essentially covers the dynamic of old vs. new, father vs. daughter, conventional vs. modern, or in other words, Lopez vs. Lopez. This show was one of the only two comedies picked by NBC’s 2022 pilot season and boasts its position as the No. 1 comedy launch on Peacock and the strongest English-dominant Hispanic index from between the four dominant broadcast networks.

Although Lopez vs. Lopez is considered a typical multi-camera, studio-audience sitcom, it has several funny moments that portend a real-life element to their writing and production. The obvious chemistry between the father-daughter duo also lends a realistic touch to the show, helping it transcend the threshold of its generic elements.

The Cast of Lopez vs. Lopez

The cast of Lopez vs. Lopez is led by nonother than George Lopez. Here is a complete list of cast members:

The show stars George and Mayan Lopez as themselves, with Al Madrigal, Brice Gonzalez, Selenis Leyva, and Matt Shively in other roles. We have tested ExpressVPN to watch NBC from the UK and Canada, and it worked perfectly. Therefore we highly recommend it to watch Lopez vs. Lopez from Canada or any else.