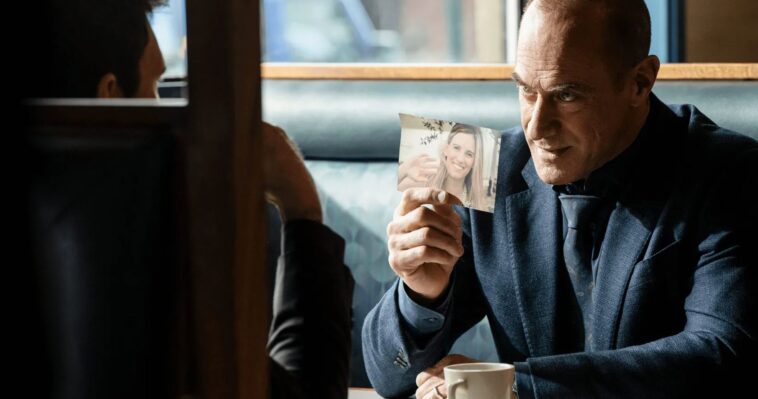 Law and Order: Organized Crime is an American crime television drama series that premiered on NBC on April 1, 2021. It is the seventh series of the renowned Law and Order franchise and a much-awaited spin-off of Law and Order: Special Victims Unit.

Where To Watch Law and Order: Organized Crime Season 3 In Canada & UK

Things get a little thicker outside the US since nbc.com is not accessible. But you can watch it with an ExpressVPN subscription.

How To Watch Law and Order: Organized Crime Season 3 In Canada & UK

5- Search Law and Order: Organized Crime Season 3 on NBC from Canada or UK

Originally the third season of Law and Order: Organized Crime was released on September 22, 2022, and aired for nine episodes before going for a winter break. Luckily the series is back with a bang, with new episodes to air on Thursday, January 5, at 10 pm ET/PT on NBC, just before Law & Order: Special Victims Unit Season 24.

There is no word on the international release date for the series. Although you can watch it with an ExpressVPN subscription from outside the US. You can also watch Chicago Med at 8 pm (ET/PT), Chicago Fire at 9 pm (ET/PT), and Chicago P.D. at 10 pm (ET/PT) on NBC.

Here are a few new series releasing in January, Silent Witness Season 26, New Amsterdam, Will Trent, The Resident Season 6, Big Sky Season 3, The Rookie: Feds, and The Rookie Season 5 (new episodes). If you are into reality shows with a romantic touch, here is a complete guide to watching Love Island UK 2023 in the United States and Fantasy Island 2.

What To Expect From Law and Order: Organized Crime Season 3

Law and Order: Organized Crime has unraveled Detective Elliot Stabler’s undercover character (played by Christopher Meloni) working as an enforcer for Richard Wheatly (played by Dylan McDermott), first as a low-level flunky for the Albanian mafia and then as a dirty NYPD cop.

All of his assignments nearly plunged him into the harrows of death, causing adverse ripples in the lives of his loved ones as his mother was kidnapped and his son was set up for murder. The audience is left to wonder why such drastic conditions do not push Stabler to quit, as he continues to pull through his job in Law and Order: Organized Crime season 3.

Carrying The Story On

The season 2 finale left things in quite a loop, opening up ground for season 3 to either make or ruin the characters’ lives even further. With Sergeant Bell’s wife leaving him in the aftermath of Congressman Kilbride’s law offices raid, taking the couple’s child with her, season 3 is yet to determine what course their deranged story would take. It would either fill the cracks in their tumbling marriage, or a nasty divorce would loom around the corner.

Law and Order fans are highly anticipating the advancement in Jet’s life, which is typically highly determined to excel and focused on her abilities as a skilled hacker. However, her life hit an unexpected bump in the road when she found herself head over heels in love with Adam “Malachi” Mintock – played by Wesam Keesh. The show centers on the unexpected romance between this former criminal, now turned into a reformed NYPD asset, and an NYPD cop.

But Jets is not the only love story in the show, as Olivia and Elliot will undoubtedly continue their love dance in the new season. Although fans are unaware of the extent of this dance their relationship can bear, they are certainly in for something more than subtle remarks that signal romantic feelings and occasional quips between the two ex-partners.

Crime At The Heart of The Plot

Despite the characters’ personal lives offering mixed stories, the heart of Law and Order: Organized Crime remains the same: a series of gory crimes that push the unit on an arduous journey to incarcerate some of New York’s most notorious and dangerous syndicate leaders.

The Cast Of Law and Order: Organized Crime Season 3

The lead of the series Christopher Meloni is back in his role as Detective Elliot Stabler. Meloni has played the Detective role in Law & Order: SVU and is best known for Snatched, The Handmaid’s Tale, and Man of Steel.

He is joined by Danielle Moné Truitt as Sergeant Ayana Bell, Ainsley Seiger, who plays Detective Jet Slootmaekers, and Mike Cannon (from The Blacklist) as Detective Carlos Maldonado.

You can catch Law and Order: Organized Crime’s new episodes on Thursday, January 5, 2023. The episodes will return on Peacock the next day for the long-awaited return of NBC’s Law and Order Thursdays.

We have tested ExpressVPN to watch NBC from outside the US, and it worked perfectly. Therefore we highly recommend getting it to all our readers.