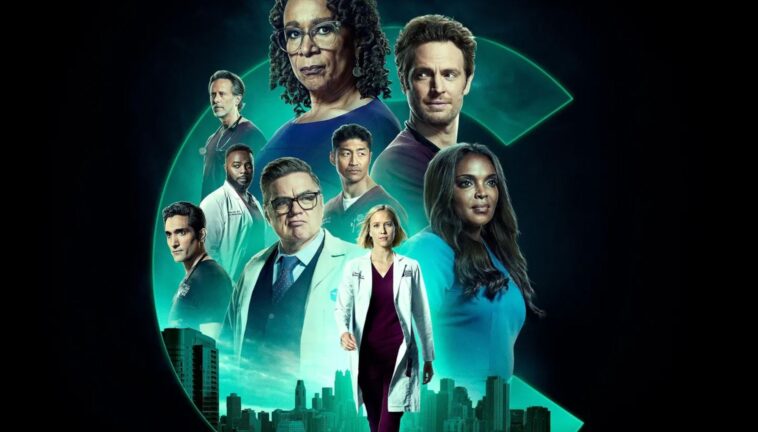 The show’s 7th season left things in quite a frenzy. With Dylan and Will threatened by fire, Charles is debating and coping with his decision to end his relationship with his therapist. Pamela is forced to encounter Crockett’s decision and its repercussions during her surgery. If you are here to find out where to watch Chicago Med in the UK or outside the US, this blog is for you.

Where To Watch Chicago Med In The UK & Outside The US?

Chicago Med is an American TV series heading to NBC in the US. The series will also be available on Peacock TV the next day. If you are outside the US and wondering how to watch it, get an ExpressVPN subscription and watch Chicago Med from the UK or anywhere outside the US.

The eighth season of Chicago Med is heading to NBC in the US. If you reside outside the US or currently traveling, get an ExpressVPN subscription to change your IP address and watch Chicago Med in the UK or anywhere where else. Follow these steps:

5- Search Chicago Med Season 8 on NBC from Outside USA

What Is The Release Date Of Chicago Med Season 8

New episodes of Chicago Med Season 8 are heading to NBC and Peacock TV in the United States. The next episode is set to premiere on Wednesday, January 4, at 8 pm ET/PT before Chicago Fire at 9 pm (ET/PT) and Chicago P.D. at 10 pm (ET/PT). There is no word on the international release date for the series. Although you can watch it on nbc.com with an ExpressVPN subscription.

You can also watch Silent Witness Season 26, New Amesterdam, Will Trent, The Resident Season 6, Big Sky Season 3, The Rookie: Feds, and The Rookie Season 5 (new episodes) with ExpressVPN. If you like watching reality dating shows, here is a complete guide to watch Love Island UK in the US for free.

What To Expect From Chicago Med Season 8 (New Episodes)

Archer, Marcel, and Choi scramble to save the survivors of Halstead’s apartment fire. While Scott is faced with a difficult decision, the show centers on Cuevas – Med and Charles’ new fellow – who deals with a paranoid patient. However, Med is dramatically impacted by supply chain disruptions.

Marcel can’t help but clash with the other medical professionals over the supply chain disruptions. Cuevas and Charles also lock horns over the treatment of a paranoid patient, while Choi turns her attention toward a pregnant patient linked to Asher’s past. The pregnant patient also causes disruptions between Archer and Asher.

A Range of Medical Obligations

When Duty Calls, You Improvise

The ED continues to be affected by the repercussions of supply chain shortages, forcing the medical team to improvise. Apart from serious medical conditions, the show also covers relatable instances in the medical sector: Goodwin and Charles help a new mother terrified of hurting her baby. At the same time, Vanessa and Maggie confront a patient eager to get back to work. Asher and Cuevas also help sexual assault victims.

Here is a list of Chicago Med Season 8 episodes with air dates.

The Cast Of Chicago Med Season 8

The cast of Chicago Med has Olive Platt as Dr. Daniel Charles. Platt gained popularity from Lake Placid, where he became friends with the monster crocodile who was eating humans. He has also appeared in Modren Family and The Bear.

Platt is joined by Nick Gehlfuss, who is doing the role of Dr. Will Halstead. Ghelfuss has done several tv shows and has appeared as a guest in It’s Always Sunny in Philadelphia and Shameless. Marlyne Barrett is leading the cast in the women’s division as Maggie Lockwood. Barrett is best known for appearing in Gossip Girl, The Good Wife, and Law & Order.

Barrett is joined by S. Epatha Merkerson as Sharon Goodwin in Chicago Med. Merkerson has appeared in more than 390 episodes of Law & Order. She has also worked in movies like Lincon and Terminator 2: Judgement Day. The remaining cast members are listed below:

Chicago Med and its intricate nexus of friendship, responsibility, and romance act as the starting point of the One Chicago Wednesdays, followed by Chicago Fire at 9 pm (ET/PT) and Chicago P.D. at 10 pm (ET/PT).

You can watch Chicago Med from the UK or outside the US on NBC with an ExpressVPN subscription. We have tested ExpressVPN to watch NBC from outside the US, and it worked perfectly. Therefore we highly recommend it.